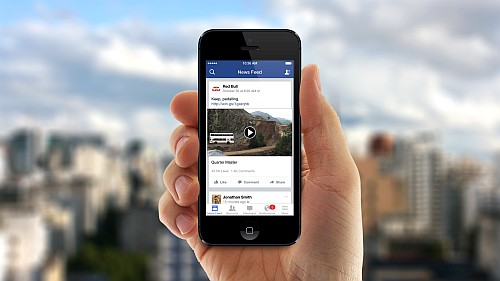 Facebook is continuing to try to make YouTube’s unquestioned video supremacy questioned. They’ve recently partnered with several movers and shakers in the advertising world and are giving them access to Atlas, Facebook’s massive data collection platform that allows tracking of people instead of cookies.

Per AdWeek, the most recent additions to the group are Publicis, Mediaocean and Merkle, and Facebook has plans to bring more tech and advertising groups into the fold. According to Business Insider, these five companies represent tens of billions of dollars in potential ad spending. The biggest attraction is likely the ability to access data from Atlas. According to the CEO of Mediaocean, Bill Wise:

According to Facebook, being able to track people instead of cookies prevents spend overlap that occurs when ads are shown over and over to the same people using different devices, and it also prevents users from feeling deluged with the same ads.

However, the problem that Atlas and Facebook are still trying to address is reporting of the efficacy of ads. Google still has a leg up on that with the ability to track many purchases from originating clicks, whereas much of Facebook’s ad methods involve showing ads to users and hoping they’ll buy something.

Cinemagraphs: Amazing to look at, but fairly cumbersome

In addition to bringing a slew of new partners on board, an anonymous source told AdWeek that Facebook sent a “Hacking Facebook Autoplay” guide out to marketers. These video image hybrids (read: glorified gifs) take advantage of the fact that people’s eyes are drawn to motion to prevent image ads from being lost in a sea of auto-play videos.

You can see a slew of them at HubSpot, but there’s a fairly large issue with these admittedly incredible images: they have a huge file size. The one shown above is just shy of one megabyte. That may be small fries in terms of desktop viewing, but since a major portion of Facebook’s users view the platform on a mobile device, that could be problematic, especially if you’ve got several of them in someone’s feed. I honestly vacillated on whether to even insert the image into this post because of how of our visitors view the site on mobile devices.

NEXT ARTICLE →
A ratio of one ad in 25 tweets is not good enough for Twitter, Apparently