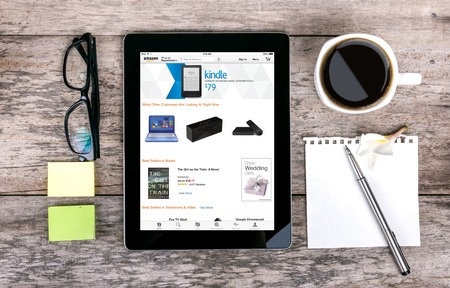 Amazon reportedly took in less than 1% of the total revenue made for mobile display advertising last year, but it looks like the retail giant is interested in boosting that number. They have announced that they will begin allowing Amazon mobile app developers to advertise their apps on both Kindle Fire wakescreens1 and through the Amazon Mobile Ad Network.

This move is not likely to remotely faze Google, Facebook or even Twitter because its not available to all app developers and because Amazon hasn’t made any major overtures in getting into the advertising market. However, it’s a good way for Amazon to pick up what is basically free cash, and it’s potentially a better opportunity for advertising than the big three listed above.

In addition to the fact that Amazon’s advertising space is going to be very nearly exclusive to app ads, these ads are far cheaper than ones that can be bought on Facebook. Due to the fact that the social media platform has become THE spot to advertise, the cost of advertising on the site has shot up 285% according to The Motley Fool. Twitter and Google are also seeing increases in add costs, although they’re at a slower and much less accelerated rate.

In addition to the reduced cost of advertising, Amazon also points to a study from Newzoo that shows that Amazon’s customers are far more likely to make in game purchases.

Right now, cheap costs and customers that are more likely to spend along with the potential for huge ad displays make advertising on Kindles seem like a great opportunity, especially for less known app developers.

[1] Amazon offers a variety of Kindle models at reduced prices in exchange for showing full-screen ads when the tablet is turned on.

← PREVIOUS ARTICLE
Facebook wants to keep all your data to itself… for a price!