In an effort to remind people that it exists as well as to take a shot at it’s much, much larger rival, Ello is advertising on Facebook. The social media site is focused on providing an ad-free experience, but they’re not above using ads – and Facebook’s own data mining – to attract visitors. 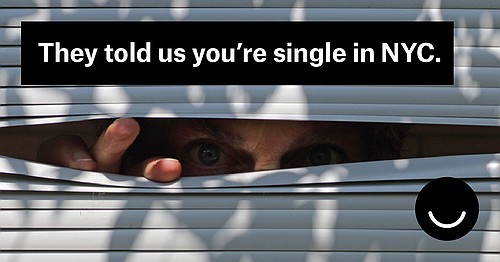 The most circulated image is the one above, but sadly, they are only generally targeted at people, which I think takes away some of the campaign’s impact. Individuals who are interested in art may see an ad like the one below, and there are also ads for people who enjoy the outdoors and photography, but there are no really hard hitting ads. Facebook allows you to advertise to people who have made purchases via web apps and have particular types of credit cards, something that most user’s aren’t aware of and would probably raise a few eyebrows, so I think Ello could have done a lot more.

Still, I think Paul Budnitz, Ello’s founder, raises a fairly good point, although I’m not entirely sure most individuals who use social media care.

“Facebook is by far the best advertising platform ever invented. I don’t think it’s a social network, but as an ad platform, I couldn’t ask for something better.”

Ello is mainly oriented towards artists, and although it is and will continue to advertise on other sites – the site intends to set up campaigns on Twitter and Tumbler – its plans aren’t entirely altruistic either. While Ello isn’t all that hot on ads, outside of using them for its own purposes, they are setting up a system that allows users to sell artwork and other items to followers, which sort of sounds like Etsy meets DeviantArt to me.

Still, you have to give the site credit for having a pretty good idea and using a much larger competitor to implement it.

← PREVIOUS ARTICLE
The Youtubification of Facebook. And its potential failure.