Facebook’s answer to the App Store: The App Feed

As we’ve discussed before, Twitter, Facebook and Google are in a head to head war for mobile app install ad dollars, and Facebook has decided to try a new tactic aimed at getting more money from app advertisers: the App Feed.1

While most people’s biggest complaint about visiting websites is having to deal with ads, Facebook has had the possibly ingenious idea of creating an entire feed devoted to just ads. If you have the latest version of the Facebook mobile app2, you can find the feed in the “More” section listed under “Find Apps.” 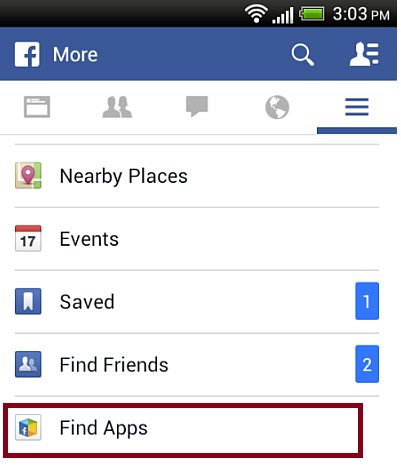 From there, you can see a list of app install ads that have been chosen based on your own preferences and all the dirt that Facebook has on you. 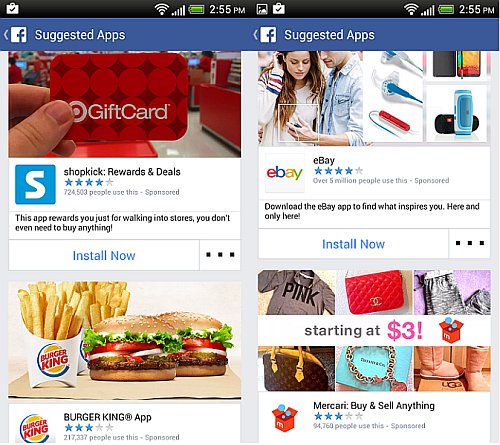 While there are statistics showing that people are spending more time on mobile devices and less on computers, getting people to download apps is still a major challenge. According to an analytical firm, Adeven, 60% of apps in the App Store have never been downloaded. Additionally, according to a UK telecom report, about two-thirds of apps are downloaded but never used.

The App Feed won’t (currently) do anything for the second issue, but it may address the first. Many suggest that the reason that so many apps go undownloaded is due to the way that Google Play and Apple’s App Store are set up. Most people only look at the top 100 free or paid apps, and even those that look at recommended app lists are generally only seeing apps from creators that are already well-known or have industry connections. The App Feed shows you ads based on a slew of data about your own preferences, therefore possibly finding hidden gems (or candy or flappy birds) for you.

Facebook isn’t just doing this out of the goodness of their data server though. The App Feed isn’t just a list of apps – it’s a list of mobile app install ads, and Facebook charges each advertiser based on clicks, installs or impressions, as appropriate. If it turns into a successful revenue stream, I suspect they’ll try to figure out a way to leverage app engagement as well.

[1] The term “App Feed” was swiped from this TechCrunch article.

[2] I’m sure the Android app has this new feed, but since I don’t have an iPhone, I’m guessing but not sure it’s also on the iOS version.