Facebook publishes Nielsen study results that are questionable at best 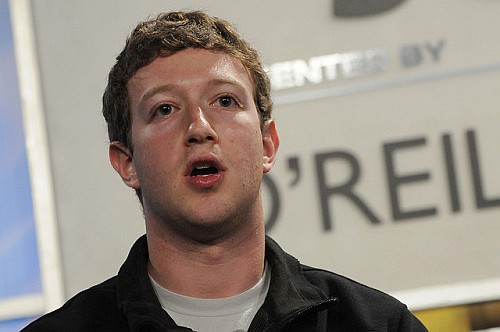 Facebook recently published the results of a study from Nielsenthe same company that does TV ratings, on their Business Blog regarding the effect that Facebook video ads have. The results state that (emphasis added):

Results show that from the moment a video ad was viewed (even before one second), lift happened across ad recall, brand awareness, and purchase consideration.

First, let me explain what the study “determined,” then I’ll lay out why I think some of it is laughable. Per Nielson, individuals who watched a video for three seconds or less generated 47 percent of the total campaign value, and by 10 seconds of watching, that value had leapt up to 74 percent. Value continued to increase after the 10 second mark, but the most benefits to a brand occur in the first 10 seconds.

Facebook reports that Nielsen analyzed data from 173 of their BrandEffect studies that included Facebook video ads. The goal was to determine ad recall, brand awareness and purchase consideration, and they reportedly used a “test-and-control design.”

I generally have no problems with the premise behind the idea that people spending at least 3 seconds watching a video probably show an uptick in interest in purchasing a product and brand awareness. However, the idea that a significant number of people seeing a video for a time shorter than a second would have been impacted is risible.

Has Nielsen heard of Inattention Blindness?

If you are like me, you scroll through your Facebook feed looking for something that catches your eye. On Twitter, I tend to take the time to read, but Facebook tends to go past in a blur. Now, it’s entirely possible that large groups of people slowly study each item in their feed, but I’m going to go with not. This is important because if people aren’t actually paying attention to what they are seeing, even if it’s in their face, it won’t register.

There have been a variety of studies on inattention blindness, but the linked video should demonstrate quite nicely. Long story short, seeing an ad for “less than a second,” whether it’s an image or a video isn’t likely to make the type of impression they’re talking about.

Someone who is way smarter than me, Byron Sharp, of the Ehrenberg-Bass Institute1, responded to the Facebook blog post in the comments.

The “uplifts” in this research are the comparison between those who chose to watch the ad to a similar group of people who were not exposed (or worse, those who did not choose to watch). This is not the same as usual ad research that compares unexposed to exposed. People interested in the category or brand are far more likely to choose to watch, and watch longer. Hence higher purchase intention and awareness.

Fred Leach, stating that he was with the lead team at Facebook who worked with Nielsen had this response (emphasis added):

First, for each campaign in the study Nielsen used data from Facebook to create a model that used thousands of features to estimate the probability of watching the video to completion with a penalized regression… Within the propensity score matching procedure, covariate balance was optimized with a genetic algorithm. After matching test and control groups in this manner, a regression adjustment was made to down-weight the small number of observations with poor matches.

In English, this means a lot of educated guesswork was done, and once results were had, they were altered. It sounds to me like the study, which wasn’t even independently handled, was designed to assure advertisers that just because people sped past their video ads, it didn’t mean they were wasting their money.

Here’s the other thing about the study. The reason that the video ads were said to still have an impact, even if someone saw them for less than a second, is because the static image before a video plays is effectively a display ad. In other words, video ads that act like image ads supposedly provide significant results in terms of brand awareness and buying consideration. If that is the case, why on earth would you pay more for video ads?

[1] Or someone purporting to be him. A basic search indicates that this person is whom he’s representing himself as, but even if he’s not, a valid point is made.

NEXT ARTICLE →
Google Goes After Hotel Booking Industry. What They Want? Everything.