Why Facebook video still isn’t a perfect fit for advertisers 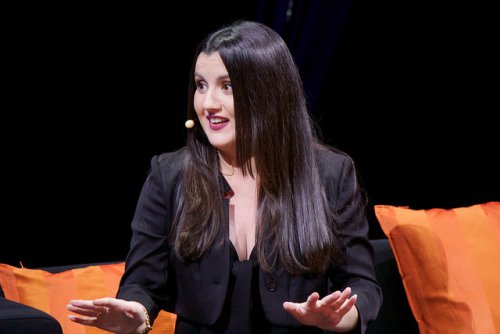 Fidji Simo, Director of Product at Facebook and leader of product teams in charge of video and advertising, may be feeling a bit like Atlas1 lately. It’s hard to question the success of someone who has headed up a video launch that has, according to Facebook, led to a tripling of the amount of video in the news feed in the last year, but there’s still a lot of work left to do, especially in relations to courting advertisers.

While video is becoming the norm for the Facebook news feed, those videos aren’t actually doing much for Facebook money-wise unless those videos are ads, and a key component of getting people to buy ads on the platform is showing that they produce an ROI. This is the tricky bit because Facebook videos are based on targeting and demographics, so it’s hard for advertisers to compare the success of these ads against TV ads or those on other platforms. Additionally, video ads on Facebook are standalone, instead of being put in front of video like at YouTube, and they autoplay silently until someone clicks on them.

As a result, according to Bloomberg, Simo is having to have her teams build tools that help clients compare apples to oranges as well as leading a drive to educate advertisers on ways to determine how and if Facebook video ads lead to sales. On the one hand, being a shiny new video ad platform with a huge number of active users works in her favor. That said, many potential clients may not want to have to learn a whole new system as well as the related calculus of determining if it works for them.

Tools like Atlas have helped advertisers see how often and with what type of device users are viewing their videos on, and LiveRail is used to help targeting and placement of ads outside of Facebook. Simo also saw to it that ads prompted a user action, such as clicking on a link, at the end, which helps to prove engagement to advertisers. She also plans on urging advertisers to use video ads as a part of larger drives to increase brand recognition and use retargting with follow-up promotions.

[1] The big guy who carried the world on his shoulders, not a collection of maps.