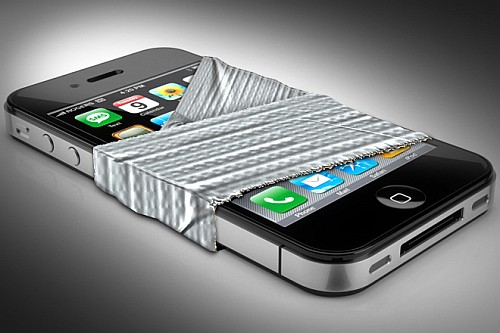 It appears that Google’s capitulation to Ad Block by paying them to have their ads exempted from the free ad blocking tool may have given some other people ideas. FT is reporting that a European wireless carrier is talking about dropping “The Bomb” on Google, which would be to block their ads on mobile devices of the carrier’s subscribers.

The unnamed carrier wants to get a cut of some of the money that Google is making by showing ads to their customers, and their way of getting Google to “come to the table” is to block their ads, even for just an hour. This blocking bomb is made possible by Shine, an Israeli company. Although they have the ability to block ads from Google, ads that display on Facebook and Twitter are apparently exempt.

This sounds like the blocking tool just blocks Google’s ad servers because there’s no reason to not go after Twitter and Facebook for money as well if they can. However, since Facebook and Twitter in particular have ads based on native content and their ad servers are likely the same ones that provides content for their entire social platforms, so it’s likely that if you block the server, you block everything.

This will probably backfire horribly

On the surface, this sounds like a great way to extort money out of Google. Advertising dollars are moving in a steady flow to mobile, and Google would stand to lose a huge chunk of change if European mobile providers started ransoming their ads.

However, aside from the potential issues of Net Neutrality1, which is a Big Deal now, there’s also the fact that Ad Blocker had far more leverage over Google than cellular providers. Ad Blocker is a tool that’s available to everyone with a computer, so Google couldn’t really pull the plug on people that use it. On the other hand, Google could easily stop providing services to a particular, or even several, cellular providers.

Sure, subscribers might be happy that they’d see less ads for a few days, but how happy will they be if they can no longer perform Google searches, watch videos on YouTube or check their GMail? Look at what happens when cable and satellite providers get into fights with TV networks. There’s a lot of bloodshed and screaming and very, very pissed off customers, most of whom are angry at everyone involved.

As Google stated to the FT:

People pay for mobile internet packages so they can access the apps, video streaming, webmail and other services they love, many of which are funded by ads. Google and other web companies invest heavily in developing these services — and in the behind-the-scenes infrastructure to deliver them.

Furthermore, Google won’t want to give in to a cellular provider for the same reason that many countries (say they) refuse to negotiate with terrorists. If Google pays one European carrier, they’ll end up having to pay all of them, all over the world.

[1]It’s argued that blocking ads or content from any service provider for any reason violate Net Neutrality. Or, apparently, giving stuff away for free.