Shouldn’t the US treat Google and Facebook the way Europe does? 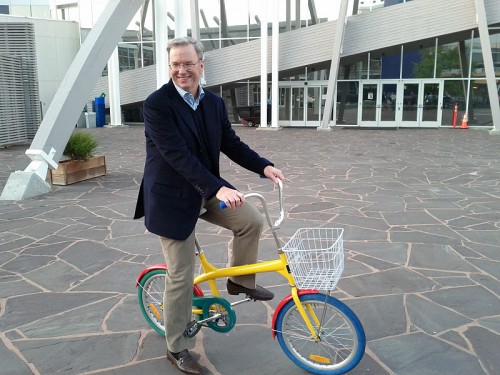 Although Google and Facebook are raking in cash from the U.S., spending and profits in Europe are constricted due to both regulatory issues and people going out of their way to filter ads.

Google and Facebook in hot water with European regulators

The European Union is accusing Google of acting as a monopoly by giving itself precedence over comparison shopping sites. Facebook has also run afoul of European authorities in resulting from their data collection efforts. A variety of countries and regulatory bodies are scrutinizing the way that the social media platform collects data, including everything from information gathered from Instagram to collecting data about people’s behaviors and preferences based on what they Like. Although Google hasn’t gotten as much attention on these matters, they are looking to step up their user data collection efforts, which may put them in another set of cross-hairs.

Both companies are facing enormous fines as well as requirements to completely change the way that they operate. Additionally, data collection is a huge part of being able to make money, since it improves ad targeting. Part of the reason that ad spending has been growing at a slower pace in Europe is likely due to the limits put on data collection since few companies want to shell out big money for a shot in the near dark.

Are they really monopolies?

Although Google and Facebook seem like monopolies, they are not. No one is holding a gun to anyone’s head and forcing them not to use Bing or Yahoo or MySpace or any of a number of other search engines and social media sites. People are choosing to use these platforms.

Mind you, I’m not saying that Google or Facebook are particularly great companies. Google’s Don’t Be Evil (We’ve Got That Covered!) motto is basically a joke, and Facebook isn’t exactly following in the footsteps of the late Mother Theresa. People don’t use these platforms or services because they’re nice; they use them because they offer things that users want and generally do it better than the competition.

For example, Yelp is screaming bloody murder about Google taking traffic away from them, but Google is doing it by providing business ratings along with search results. Yelp is essentially pissed off that Google is doing what they’re trying to do – and in a more convenient way – so people don’t need them. That’s not a particularly strong argument, and this isn’t something I think the government really needs to get involved in.

Where I do think that the government should intervene, or at least investigate, is in relation to allegations that Google is stealing content from other popular sites and using it to boost their own search results. When those sites complained, Google supposedly threatened to drop them from the search engine results entirely. It’s one thing to have people choose another service over yours; it’s an entirely different one when a search engine is stealing and then strong-arming the competition.

Why regulation could backfire

Outside of the fact that I don’t really think that Facebook and Google are monopolies in the classic sense – they’re hardly lacking competition – I think governments would do better to use a gloved hand than an iron fist when dealing with regulation. The reality is that all social media sites and search engines exist to make money, even though some aren’t super great at it. While there’s about a 0 percent chance that Google or Facebook would pull out of Europe entirely, innovations in the area may eventually slow down.

There’s a lot of “free” stuff that both platforms provide, with “free” meaning, “We won’t charge you directly, but we’ll get paid one way or the other.” If profits and revenue start to shrink or fines and regulations grow too onerous, you may start seeing a lot of features become limited or available only in profitable areas. Facebook and Google provide an incredibly useful service, but they’re under no actual obligation to do so. Regulators should keep this in mind.

Although I think the EU may want to reign themselves in to keep from cutting off their nose to spite their face, I also think that Google and Facebook could generate a lot of good will by making some accommodations, including being more honest about data collection and to produce less annoying ads.

Many of the countries where Facebook is under fire for data collection are those that are concerned with government overreach and don’t want anyone nosing into their lives, with Germany being a prime example. Spain, on the other hand, has a far more laissez faire approach and isn’t as worried about it. Facebook, and Google and everyone else, could simply be upfront about what data they’re collecting and make opting out easier. (And no, shoehorning a privacy policy in a 45 page terms of agreement document is not up front.)

Additionally, they could allow people to fill out an optional form that allows platforms to target advertising without having to worry about personal data being collected. Sure, they won’t be allowed to find out everything about someone, up to and including their 3rd grade locker combination, but they also might get regulators to ease back and still be able to sell highly targeted ads.

There’s another reason that Internet platforms need to get people on their side, and that’s because people are increasingly blocking advertising. According to a report from Digiday, about a quarter of Internet users in Europe use an ad blocker. This is a huge problem because it doesn’t matter how much data you have about a user if they never see an ad.

According to AdAge’s investigation into the topic, pre-roll video ads are a driving force behind ad block installs rising. This may be why Facebook has resolutely refused to sell pre-roll ads for videos. At any rate, if you irritate people enough, they’re going to take action, so figuring out which types of ads send people screaming for the hills will have the benefit of more ads being shown and better PR.

← PREVIOUS ARTICLE
Zuckerberg’s mission for free internet is not that altruistic. So what?