Google made a new Best Practices Guide for taking data from Analytics and using it to improve your AdWords efforts available in a recent blog post.

If you’re a seasoned AdWords user, you probably linked your Analytics to your AdWords account so long ago that you forgot when you even did it, but if you’re fairly new to Google PPC, you should drop everything1 and link them now. That said, whatever level of expertise you have at dealing with AdWords, there may be some interesting ideas in the new guide. Along with basics like creating micro-conversions, such as video plays and signing up for mailing lists, that aren’t actually conversions but are still important in creating an overall picture of the buying process, there are also things like instructions for creating custom audiences for remarketing purposes.

While Google doesn’t have quite the same base of information that Facebook has to draw from about users, it’s nothing to sneeze at either. Additionally, Google offers you the ability to create Smart Lists, where Google creates lists of people most likely to convert in the future based on data (and magic, if you ask me).

Secondary dimension reports are another tool that can be useful when fine-tuning an AdWords campaign. With these reports, you can figure out if behaviors are different based on where they found an ad (top of the page or sidebar) or if they were on a mobile or desktop device. 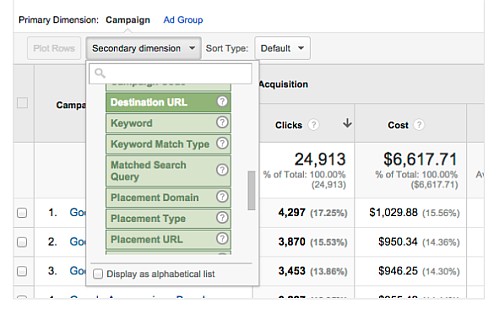 The final thing I’m going to mention is bench-marking reports. This is arguably the most important feature of linking Analytics to AdWords, at least to me. (Your personal mileage may vary.) Bench-marking data allows you to see how you’re doing compared to others in the industry, although the data is anonymous, so you can’t see who you’re stacking up against, just how. 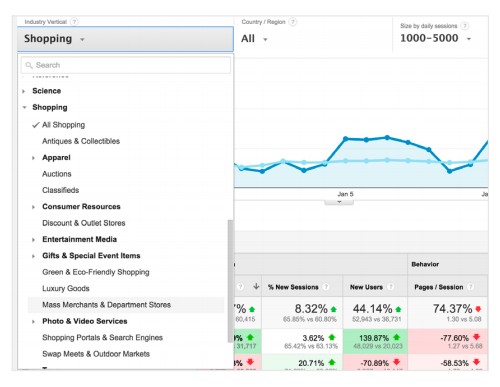 The guide itself has 10 different topics / tips that it covers, so be sure to download it if you’re interested in the rest of Google’s recommendations.

[1] TenScores is not responsible for any damage to electronics, puppies, babies, ect.