Google has announced that they will begin showing ads in the Google Play Store. This opens up a potentially huge revenue source for them. According to Google, more than a billion people own Android devices, and a recent report shows that Android has 81.5% of the global market, up nearly 3% from last year.

The move is likely down to the fact that Facebook appears to be raking in the cash with their Mobile App install ads and murmurings about Google’s slowing growth. Ads will show up similar to the way that AdWords ads do; at the top of results pages. 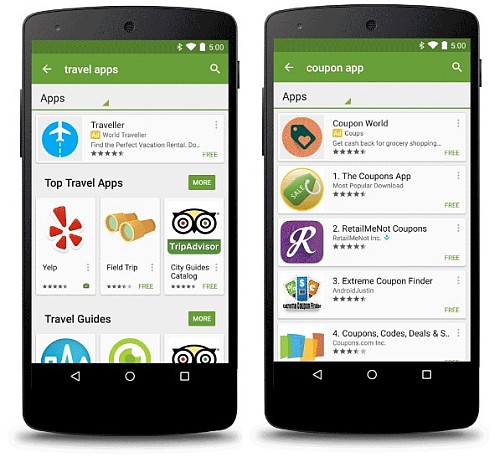 According to Citigroup analyst Mark May told The Wall Street Journal:

There is a very large and established market for mobile app marketing that Google has not had an attractive ad product for—up until now.

He further stated that he believed that the move could generate as much as $3 billion in new revenue for Google.

However, if you’re looking to start advertising on the Play Store, you’re going to have to wait.

In the coming weeks, a limited set of users will begin to see ads from a pilot group of advertisers who are already running Google search ads for their apps. We’ll have more to share in the coming months about the expansion of this program as we look at the results and feedback.

NEXT ARTICLE →
Twitter Planning On Selling Data From Tweets