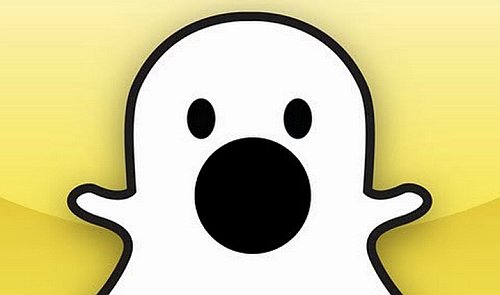 In spite of next to no demographic information and limited tracking of ad performance, according to AdWeek, Snapchat is asking for $750,000 to run ads on the here one minute and gone the next photo and video sharing platform.

Snapchat is an app that allows people to share photos and videos with text and drawings with select people, and the snaps can only be viewed for between 1 and 10 seconds. After that, the image or video is deleted from both the Snapchat server and the viewer’s device. Being a million years old and very uncool, this doesn’t sound wildly appealing, but the app’s 100 million monthly users disagree with me.

Per someone speaking on the basis of anonymity with AdWeek, Snapchat only wants advertisers with lots and lots of money to throw around.

They [Snapchat] have minimums, and they are very firm on them. From a monetization perspective, they are looking for fewer, bigger, better.

Why Snapchat can demand that type of money

Based on the (correct) belief that advertisers are desperate to tap into the youth market, Snapchat is demanding more money for a daily ad than YouTube asks to show a masthead video ($500,000) or to advertise during American Idol ($475,000) according to the data that the Daily Mail compiled. They can do this for a number of reasons, which include:

Why advertisers would be nuts to pay it

While McDonald’s, Samsung, Macy’s, Electronic Arts and Universal Pictures have already started advertising on Snapchat, it’s very difficult to tell if those ads have had any real effect. From what people have been able to find out, Snapchat provides no demographic or tracking data other than if a snap was viewed. There’s no way to tell right now where the person lives, what age they are outside of probably between 18 and 34 or even what gender they are. There are no coupon codes, no links to click after an ad and no way to even view an ad again after 24 hours pass, which is when the ad expires.

According to Snapchat, advertising with the app is similar to that of advertising on TV, and it’s a good way to increase brand awareness. Of course, I don’t think I know anyone that is somehow unaware of McDonald’s or Samsung. I guess it could improve awareness of new products, but nearly a million dollars seems like a pretty hefty price tag for doing so. Furthermore, as TechCrunch points out, there’s nothing stopping companies from just using the platform to advertise organically by creating and account and sharing snaps without the paid promotion.

← PREVIOUS ARTICLE
Becoming a “Google Trusted Store” is now easier, according to Google