Google introduces 360 degrees video ads for Youtube, and they are amazing!

New video ads for Youtube, Aol gives choice between an ad and a survey, Twitter introduces event-based targeting and more.

Okay, I’m not going to lie, I’m totally impressed by YouTube’s new 360 degree video thingy. Here’s one from Coke, and although it’s designed for Mexican visitors, the whole thing is amazing. I’m guessing that the production costs are somewhere in the arm and leg neighborhood, but honestly, paint drying in 360 might even be pretty interesting, so this could be a great ad format. 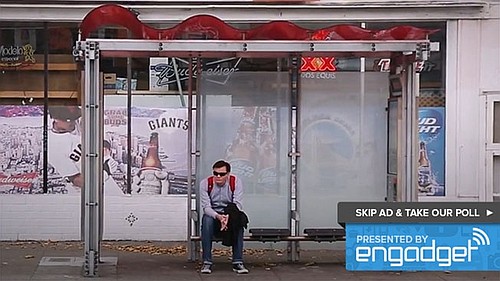 AOL is testing a variety of ways for people to interact with a brand if they don’t want to see a pre-roll video ads. One of them is to allow the user to take a survey with just two or three questions or to identify the brand that is showing the ad. This sounds like an okay alternative, except staring off into space while a pre-roll ad plays sounds like less work than answering questions. However, it’s nice to see that companies are looking to alternatives to forcing video ads on people.

Twitter has been a go to for event based marketing for years, but since they’re still struggling to even make a profit, they’re continuously throwing new advertising ideas out to see what sticks. The latest offering is a new set of tools that helps advertisers big and small find events to market around and Twitter users to market those events to. A calendar of events shows when important upcoming dates are, from things like Mother’s Day to the Super Bowl, and by analyzing user activities and keywords in Tweets, advertisers can better select whom to show ads to.

Along with some basic information about what you need to do to make a successful video – think about production values, make the most of the first few seconds and personalize videos – Facebook also announced Facebook IQ. Facebook IQ is designed to show off the best of video content for a variety of industries (Automotive, Consumer Goods, Entertainment, Financial Services, Gaming, Restaurants, Retail/eCommerce, Technology/Telecom/Durables and Travel) and offer data about what works for these industries and why. However, a quick perusal of the site shows that it mostly offers information on why you should give Facebook your advertising dollars.

Bing is apparently trying to spice up its PPC ad offerings by including images in them. They’re fairly nondescript logos, but they still make what are normally text ads stand out. However, this may work against them because one of the major selling points of PPC ads is that they don’t appear to be ads. It will be interesting to see if the addition of images increases CTR.