Report: Ad fraud down in the uk, but so is viewability

According to this analysis of hundreds of billions of ad impressions shown between April and June 2015, 11.2% of ad impressions in the UK were fraudulent. This is actually a slight decrease from a previous rate of 14.1%. It’s important to note that the fraud for networks is far greater than that of publishers, with rates of 14.1% for networks and just 3.7% for publishers. This is likely due to increased publisher control over what ads are shown.

The bad news is that viewability took a dive. The Media Research Council defines a view as at least 50% of pixels showing on a screen for one second. Currently, just 44% of all served ads were considered to be viewable. 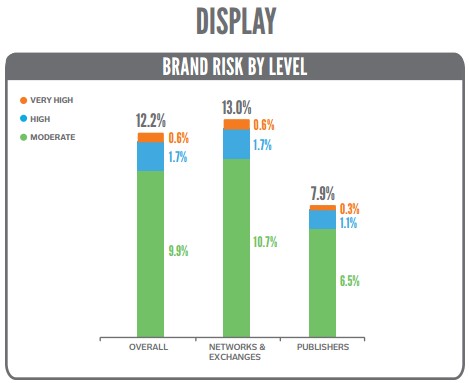 Although Twitter met its projected earnings goals for the second quarter, investors haven’t been happy with the social media company. This is due to the projections that user growth is limited, which means that for the site to make more money, they’re going to need to show more ads and / or get more conversions out of them.

The site intends to do both, and it is moving towards a previously stated goal of showing one ad every 20 Tweets. It is also working to make advertising on the site more relevant, something that is extremely important since Twitter has moved to a cost per action system. Unless advertisers are getting a specific action, they’re getting free impressions.

Not that long ago, Google released a beta version of Chrome that automatically disabled Flash ads. Mozilla has decided to sort of follow suit by building an ad blocker into Firefox. The move is a part of the company’s Tracking Protection initiative, and according to one person who tested it, it renders websites completely ad free.

However, this is still only a developer’s release, and it is only turned on when someone goes into private browsing mode. Whether or not it will end up in the final release or will behave anything like it does now remains to be seen.

The NFL is apparently pretty happy with Twitter’s handling of games on social media. Along with extending the current contract with the social media site for another two years, they’re also handing the reins of ad sales over. Along with more sales responsibilities, Twitter is also supposed to be getting more media. NFL fans should expect more in-game highlights, behind the scenes videos, news and game recaps.

Google has announced that they’re offering three new automated bidding strategies for Google Shopping Campaigns: Maximize Clicks, Enhanced CPC and Target ROAS. Maximize clicks does the obvious, and Enhanced CPC kinda gives you more control over how much you’re spending per conversion and lets you use third-party management tools. ROAS is just a bastardization of ROI; it stands for return on ad spend. Basically, higher priced items get higher bids and lower value items lower bids so the bidding is appropriate for the value of the item in question.

NEXT ARTICLE →
Did Amazon kill a successful PPC program to spite Google?

← PREVIOUS ARTICLE
You can’t run, you can’t hide; ads will follow you everywhere, even the comments section