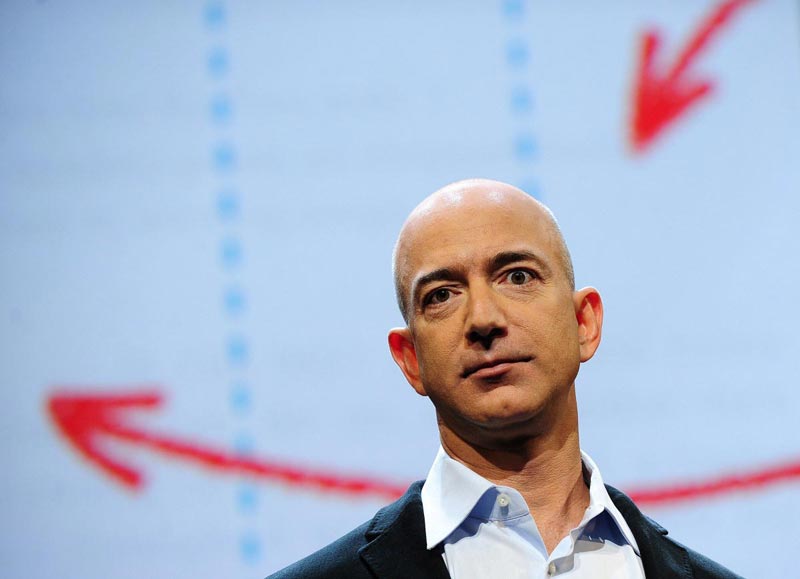 If you’re a regular reader of Tenscores Daily, you’ll know that I’ve had a fairly positive view of Amazon and have made a point to single out their practices as examples that other companies should follow. However, this Open Letter To Jeff Bezos and the Amazon Board of Directors by former employee Kivin Varghese has made me want to reconsider that position.

Who is Kivin Varghese? 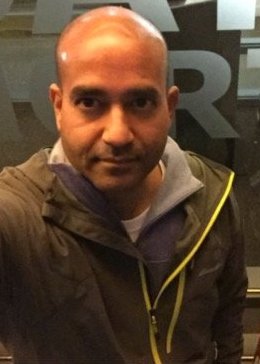 Varghese is a former Amazon employee who was terminated for what he considers, and I personally agree, ridiculous and trumped up reasons. Prior to his termination, he had a glowing track record as the Principal Product Manager on New Kindle Ad Products, the role he was hired for in March 2012. His job was to launch an advertising platform for the then new Kindle Fire tablets, and after spending some time with his team and the product, he determined that the platform they were intending to use was a miss with advertisers due to its static experience; essentially, “an e-ink ad experience but with color.”

Consequently, he brought in a third-party mobile development team that successfully improved things, although, according to Varghese, this was not passed on to upper management by his direct manager, Munira Rahemtulla.

The beginning of a trend of management ignoring and downplaying major problems for advertisers begins here. Varghese discovered that a technical issue was causing a 3-5 second delay in the loading of advertiser’s custom landing pages. According to the technical team and his manager, Rahemtulla, this was an acceptable time frame. However, when Jeff Blackburn discovered the issue, he was not nearly as copacetic. Per a transcript from a meeting:

“I think it is a huge problem. It could ruin the whole launch if we don’t ﬁx it. I’m concerned that you don’t think this is the top priority. I think that Jeff [Bezos] could say ‘get it [the Kindle Fire Ad Platform] off the device’… I’m telling you this could remove the whole program… I think the initial launch is really important… And the initial page is really important… This should be highly optimized… Should put tons of energy on that.”

Varghese was relieved that the problem was finally going to be resolved – until he discovered that the issue was not going to be fixed before the launch.

Not content to let the issue lie, Varghese contacted Blackburn and cc’d Rahemtulla and let them know the problem was still not being addressed. He kept to himself the uphill battle he’d been waging in attempting to get Rahemtulla and others involved in even acknowledging what a large issue the latency was.

Varghese was rewarded for his attempts by a complete reversal of his manager’s positive feelings towards him, not only saying that she was embarrassed by the email (which, if I were that incompetent, I would be as well) and told him, against company policy, he was no longer to escalate issues to Blackburn.

This is where the story begins to be more than just an incompetent manager acting like a word I won’t say on a family friendly blog and trying to cover up for her inability to do her job and lashing out like a child.1 The next issue that Varghese fought and lost, along with his job, should make you sit up, take notice and possibly swear off ever advertising with Amazon.

If you own a Kindle or have an Amazon account, you know that they have a 1-click payment option. Essentially, you put in a credit card, and digital purchases are made with, well, one click. In an effort to get Discover card users to make their Discover card the default payment method, therefore making them the card of choice for holiday shoppers, a promotion was run in September 2012.

The promotion gave anyone who made a 1-click purchase on the Kindle using the Discover card as their payment method a $10 credit, even if it was a $1 purchase. $500K was allotted for the promotion, which was to last 60 days; however, within 10 days, $300K had already been burned through.

It was determined that everyone who made a Discover card purchase was getting the credit – even if the card was already their default payment method. Just to review, the goal was to get people to start using Discover as their payment method, not to simply reward existing users with free money. In fact, the number of people using a Discover card as a default payment dropped during the promotion. When he figured out what was going on, Varghese sent an email outlining how to resolve the issue.

The email he sent was reasonable. I mean, mea culpas aren’t fun, but you at least have your honor and your business partners know they can trust you. Except, here’s the email that Rahemtulla sent back:

Not only did she not want to admit there was a problem, she wanted to use this massive duck up as a way to get more money out of Discover. You see, she’d made a similar error before and wasn’t keen on being seen to make the same fairly large type of mistake twice. Even after being told in small words that asking for more money isn’t appropriate, she still wasn’t dissuaded.

From what I can tell, Rahemtulla believes that scruples are a form of Russian currency.

Discover is kept in the dark

I’m going to skim over some things here, because it’s a bit document heavy, 2 but according to Varghese, Discover was still trying to figure out just what the hell went on 2 months after his termination. I’ve also kind of gone light on Jeff Blackburn, but he’s apparently someone who you don’t want anywhere near your money either. Here’s a conversation where he basically says, “Shut up and take their money.”

If you’re wondering how on Earth Amazon managed to keep Discover in the dark regarding all this, let me share this gem with you:

Amazon does not allow third-party auditing and tracking, so advertisers have no choice but to trust Amazon’s word.

Can we trust the contents of the letter?

It might be easy to dismiss what Varghese has said as the rantings of an angry ex-employee, except for a few things.

In theory, he could be dissembling, but the preponderance of evidence and Occam are on his side.

What is Jeff Bezos’ role in this?

There are two ways to look at the situation, neither of which is particularly flatting for Bezos, especially since Varghese states that he sent several communications to him:

Since Amazon has declined to comment, we can only speculate what part he played or didn’t play in what took place.

My take (I’m pretending you care)

Having worked in a tech environment where the management couldn’t tell a toaster from a router4 and were not above lying wildly to cover up for their incompetence, it sounds to me like Amazon isn’t the place you want your advertising dollars anywhere near. I was said to have a “bad and negative attitude” for bringing up things that were currently broken in an environment where beta testing new software began the same day it was launched to the public. I was also the person who was reprimanded by my direct supervisor for “making upper management feel stupid in meetings”.

Ultimately, the head of our division, who eventually was fired was actually a good guy. However, everyone who answered to him refused to report bad news, so by the time he found out all that was wrong, it was way too late. And while I think he was a good guy, it was his job to not let people lie to him because they wanted to CYA. This is exactly the type of environment that it sounds like Varghese is describing. If you’re spending any money to advertise with Amazon, I would seriously recommend asking Amazon some very pointed questions about their methods, reporting and internal practices.

Where do things stand now?

Following his termination, Varghese won a lawsuit that exempted him from an 18-month non-compete agreement and was given rights to a patent application that Amazon attempted to “liberate” from him. Apparently, Amazon initially fought the lawsuit, but days before the trial, capitulated.

He has stated that he is frustrated with the long drawn out legal process, another part of his lawsuit has been delayed until March of 2015, and in an effort to bring attention to his treatment and the general situation, per GeekWire, he is camping outside of Amazon’s headquarters. (Quietly and politely, I want to note.)

According to what he told Business Insider:

“There are some real issues that I hope get addressed, not just for me but for other employees at the company and for customers,” he says. “It’s just not right what happened, and unless someone stands up to fix it, it will never be fixed.”

While Amazon hasn’t commented about Varghese in particular, Paul Kotas did reply to Business Insider’s request for information about the Discover kerfuffle, which you can read here. (Saved you a click: he says it was a nothing burger and Discover was made aware of the issue.) Discover did not respond to BI’s similar request for information.

[1]Varghese also notes that Rahemtulla, not content to simply go against company policy, falsified records and began backdating performance entries. Additionally, after Varghese spoke with an HR representative about a transfer, the HR representative told Rahemtulla about his interest and she put him on a Performance Improvement Plan that prevented transfers for 12 months.

[2] Although you can see the pertinent ones in the letter from Varghese, pages 8 through 17.

[3] Including ones that I didn’t go over, such as the fact that it is documented that Rahemtulla lied about her education and Amazon’s response was ¯\_(ツ)_/¯

[4] One of my managers, the 2nd in command for our group of several hundred people who dealt with Internet, VOIP and related issues, could not be made to understand why a modem had to be online for an Internet based phone system to work. I am in no way exaggerating.