Europe wants to “break up” Google, Forbes calls it insane 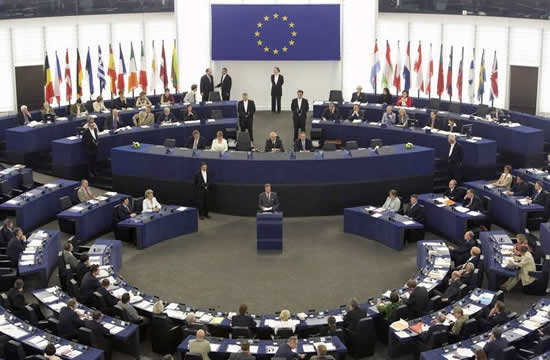 The European Parliament is considering taking measures that would lead to the break up of Google, separating its search engine from other commercial services. That sentence, while accurate, is misleading. Although Google has done a number of things that have gotten the European Union’s dander up, and the European governing body can make life difficult for the search giant, nothing is likely to happen in the near future, even if the vote passes.

What the vote actually means

According to Reuters, in the next few days, the European Parliament is supposed to vote on a resolution that…

“…calls on the Commission to consider proposals with the aim of unbundling search engines from other commercial services as one potential long-term solution.”

Google isn’t named, but since they have a 90% share of the European market, it doesn’t take a rocket surgeon to figure out who they’re referring to. Even if the resolution does pass, it’s basically nothing more than a suggestion. As is noted by Business Insider, the European Parliament doesn’t have the power to do what its calling for. That power lies with the European Union, so passing the resolution is only going to put pressure on the governing body that actually has power – and is already looking into possible anti-trust violations by Google, going all the way back to 2010.

Why the EU is angry at Google

There are several reasons that Google has come under fire in the last few years from Europe in general, and they include:

There were also some issues related with how advertising showed up and the ability of AdWords users to migrate to another advertising platform, although they appear to have been ironed out in February of this year when they nearly settled the EU’s anti-trust case. 2

What the EU can do

Search Engine Land points out that the EU has two options for dealing with Google’s antitrust issues: commitment or prohibition / structural remedies. Commitment would mean that Google and the EU would reach an agreement about how the search engine behaves going forward. Prohibition / structural remedies are mandated, and they can include large fines (to the tune of billions of dollars) and breaking up Google’s interests.

However, as is stated in this Forbes article:

“as a matter of public policy, breaking up Google is simply insane.”

The author points out that search engines alone don’t have any sources of revenue. If you cut off Google’s search engine from it’s advertising, the search engine has no income and ceases to exist.

In the same article as quoted above, the author brings up a story that shows why European lawmakers need to be careful when dealing with Google. Google was scraping headlines and article summaries from German news sites, and the owners of these publications claimed that Google was violating copyright laws by including these snippets in the Google news feed, even though Google linked the articles in question. When Germany passed a law requiring Google to pay to aggregate and display this information, Google simply stopped aggregating it. As a result, traffic to those websites plummeted, causing the publication owners to come back to Google, hat in hand, asking if they could go back to the way things were, no need to pay them.

If the EU wants to put pressure on Google, they need real competition

As mentioned earlier, Google has about 90% of the market share in Europe. On the other hand, it only has a 68% share in the United States. While that is still a huge chunk of the pie, it shows that there are companies able to provide significant competition to Google, at least in the U.S. If the EU wants to get Google to comply with their demands, they need some kind of leverage. As seen in the example with the German media, they really don’t have any.

If the EU could figure out why there’s such a lack of competition, and perhaps find ways to lure Bing into the search market, they would probably have a lot easier time getting Google to play nice, and even if they still refused, people would have alternatives.

[1] The Right to be Forgotten law is one that allows people in Europe to ask search providers to delete results that are too sensitive or outdated. However, a search provider can deny the request if they feel it is in the public interest. According to CNN Money, Google is denying nearly 60% of those requests.

[2] The case was actually considered closed at that point, but it was reopened in September after a large amount of backlash.

NEXT ARTICLE →
Would you pay to get rid of ads? Meet “Contributor” by Google