Facebook has essentially admitted that it got business owners hooked on using the site for free before yanking the rug out from under them and beating organic reach to death with a shovel. This move seems to be one that is attempting to lure local businesses in using the bait of messaging tools.

Local businesses are now able to set up local awareness ads that allow people who see the ad to click on a contact button and send a message directly to the business. Starting communications with a potential customer is a great opportunity, and it may make local businesses feel less like Facebook advertising is totally worthless. Businesses than respond quickly – 90 percent of messages within five minutes – will earn a “very responsive to messages” badge that will be added to their profile.

New messaging tools also allow businesses to respond to posts to their Facebook page privately, so customer complaints can be handled discretely. Common responses can be saved, and messaging inboxes are now easier to manage and give people the ability to flag messages, mark them as spam and read or unread. 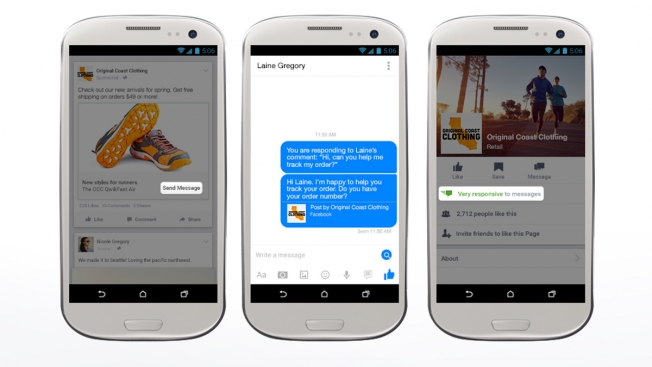 Twitter Will Offer ‘Buy’ Buttons to as Many as 100,000 Merchants With New Shopify Deal

Twitter has made a deal with Shopify, the e-commerce hosting site, and will soon allow people to sell their products through Tweets. Shopify has deals with several other social media sites, including Pinterest and Facebook. It is unclear how much Twitter will charge Shopify users to sell products through Tweets, but I assume some sort of money exchange is going to happen somewhere.

Google is a dirty, dirty tease. The New Report Editor is apparently chock full of bells and whistles, and it apparently allows you to create your own reports simply by dragging and dropping metrics you’re interested in looking at. You can also switch between raw data and charts, including table, pie, bar or line charts. However, they’re rolling it out to accounts over the next “several months,” so you’re probably going to be stuck using the old un-cool reporting tools for a while longer.

Twitter announced via their blog that they have made an Excel based bulk-ad editor available. They say that you can “leverage the power of Excel,” as though essentially all of the major ad editors aren’t using Excel and this is some sort of groundbreaking achievement. At any rate, it works like basically all other bulk editors. You make changes via a spreadsheet and upload the spreadsheet when you’re done.

We’re launching a new feature that allows advertisers to create and manage their campaigns in bulk. https://t.co/sGB7rpoLsS

Bing Ads iOS App Gets An Update, Goes Global & Android App Is On The Way

Bing advertising still continues to trundle on, despite its relationship status with Microsoft being “it’s complicated.” The new Bing iOS app is now available to all users, and it comes with a number of updates, including an improvement to the way that performance metrics are displayed. Graphs are now available from campaign to keyword level, and you can now compare two metrics. Summary metrics are now also shown in blocks of eight, rather than four, making it easier to compare and track data. 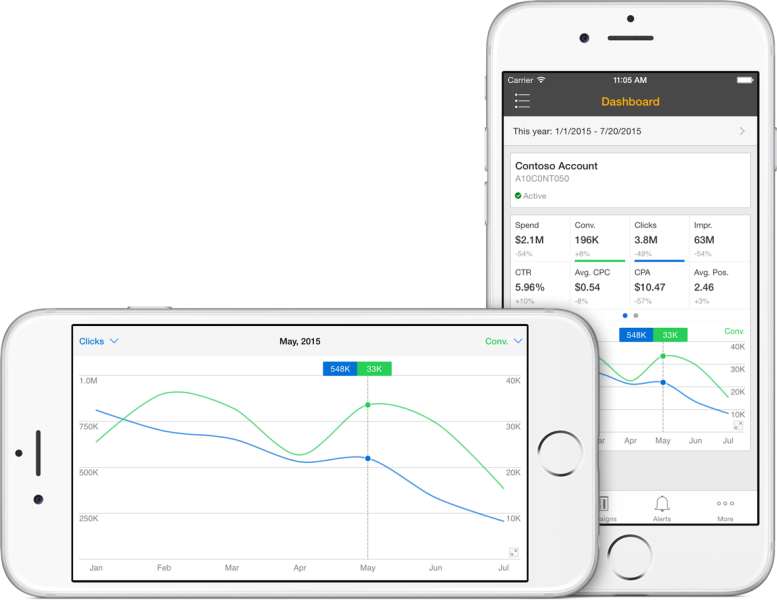