If you’re attempting organic outreach on Facebook, expect the journey to be uphill and against the wind, both ways. The company announced, via the Facebook Newsroom blog, that people want advertisers to pay Facebook lots of money. I’m paraphrasing, but barely.

Facebook cites “an ongoing survey” involving “hundreds of thousands of people” and says that it shows that people don’t like overly promotional content showing up in their news feed. No kidding. Why not survey kids about their opinions on broccoli? They also show some less than stellar ads to demonstrate what they’re talking about. 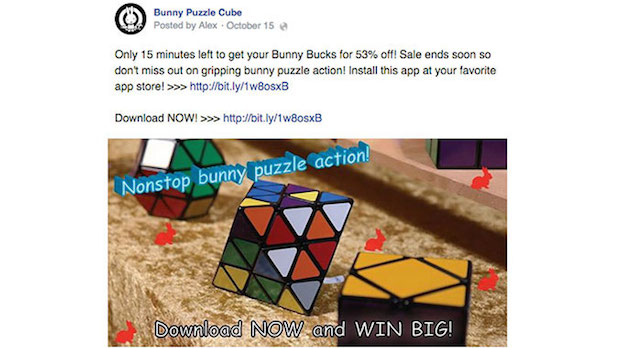 The post goes on and on about what a hallowed place the news feed is and how important it is that you see the type of high-quality posts you’ve come to expect. What they gloss over is that Facebook would be more than happy to show this lowbrow ad to you and besmirch the news feed if you paid them to. Which is basically the entire point of this move.

Facebook states that changes will not officially begin to take place until the beginning of 2015, but businesses are already reporting reduced reach through organic efforts. According to this Business Insider article, the ad agency Ogilvy was reporting as far back as February of 2014 that only about 2% of users were seeing companies’ Facebook posts.

Additionally, a study that ran from January to September found that businesses were only able to reach about a quarter of their own fan base organically. Celebrities and news media fared better, with connection rates of 54% and 58%, respectively.

As a result of these changes, Nate Elliott of Forrester has stated that advertisers should “stop making Facebook the center of your relationship marketing efforts” and to add social relationship tools to business websites.

In his Forrester post, Elliott notes that fan interaction is already scraping through the bottom of the barrel and hitting the floor. A mere .07% of top brands have fans that interact with their posts, and the new changes are certain to make things worse. Additionally, if you look at this graph from Forrester, you’ll note that following brands on Facebook is pretty far down the list of things that most people do when they like a company or its products. 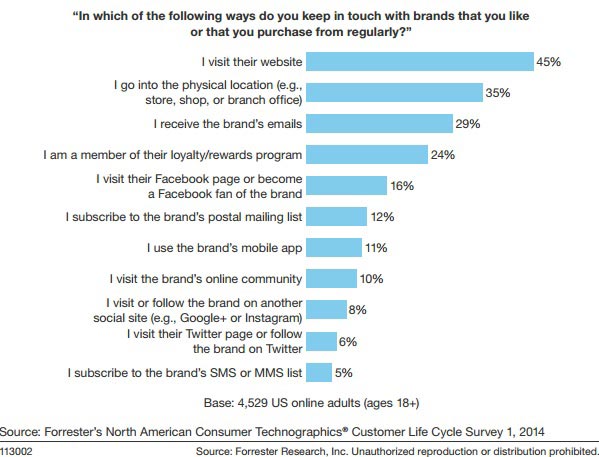 Not everyone thinks this is a bad idea

An article in Tonedeaf, an Australian music blog, stated that Facebook wasn’t making it harder for non-label bands to reach fans. According to the author, all that is needed is for bands to create engaging posts that get likes and you’ll do just fine! Except that a lot of brands are doing just that, but as the data I’ve shared above shows, it’s not doing anything for them.

I will say that the rest of the post talks about the importance of interacting with fans and creating a community. Which is true. If people are seeking you out on Facebook, well, great. The problem is that if you’re trying to increase awareness of your band, your product or your whatever, you’re going to run Wile E. Coyote style into a brick wall if you try to do so organically.