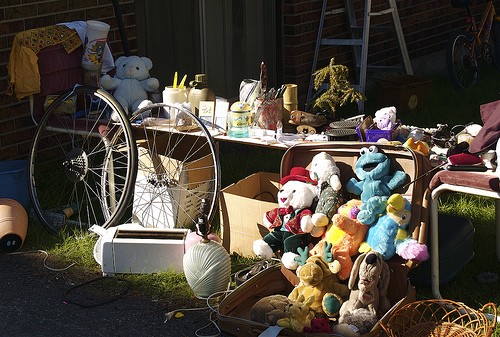 Facebook has announced that they’re giving people in For Sale groups the ability create Sale posts.

These posts allow users to list the item, attach a picture, set a pickup location and a name a price. Once something has been sold, it can be marked as such, and people can view a list of the items that they’ve sold through the group. 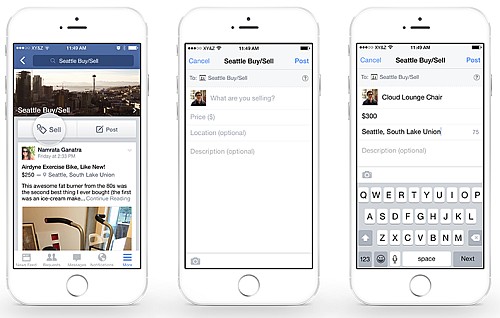 If you’re not seeing the Sale option in a group, it may be that it’s the wrong type of group. Additionally, the new tools aren’t available to everyone yet.

These new features will roll out to all Facebook For Sale Groups in the coming months across iOS, Android and web. Facebook Group admins who would like to participate now can nominate their Group here.

If it sounds like Craigslist, well, there’s a reason

According to Bloomberg, Facebook tried to topple Craigslist as far back as 2007 with the Facebook Marketplace, which was eventually handed off to Oodle. With 50 billion page views per month, it’s no wonder that the social media platform would be vying for Craigslist’s visitors. In spite of the fact that the design of the site has all of the charm of a clogged drain, it still continues to be the place to go to sell the exercise equipment that you bought at 3 a.m. and only used to hang clothing from.

Although they aren’t charging people a percentage or fee for listing items for sale (for now?), Facebook is likely to data mine the bat snot out of people’s shopping through For Sale groups. This type of information could diminish the advantage Google has over Facebook in terms of knowing what people are looking to buy.

What’s being offering hasn’t exactly overwhelmed me. There are no payment methods, no purchase protection and you have a smaller audience to sell from than you would with Craigslist. Although some argue that Facebook is the safe option since there’s a name and account information and you have to join a group to buy something, whereas on Craigslist, you can be contacted by anybody interested in buying an item, that’s really just a false sense of security.

It takes less than 5 minutes to create a Facebook account, which for all you know was created by a dexterous cat, and joining a group isn’t really a Herculean task. Long story short, the new feature isn’t likely to draw in new users, but it may improve Facebook’s data collection efforts.