Facebook loves going on about how super awesome its doing with videos, and there are a regular stream of articles talking about how YouTube should be nervous. However, the dirty little secret is that Facebook relies on YouTube videos.

A study indicates that nearly three quarters of the 1,000 most popular videos on Facebook were taken from other sources. In fact 17, billion Facebook video views were of videos that did not originate on Facebook. This is, in part, due to a number of celebrities taking videos from YouTube and “sharing” them on their own Facebook feeds.

Yahoo continues to test things, the latest being adding filters to their shopping results. The filter options aren’t particularly obvious – they’re just text links at the bottom – and they’re only available in a limited number of categories. Where they do show up, there are shopping ads in the mix.

To further indicate that this isn’t so much of a Beta test as a Charlie test, some of the filters don’t work particularly well. When testing the new filters, the article’s author discovered that filtering for single shoulder dresses gave her one correct result, and the rest were regular dresses.

Yahoo is still trying to struggle back into relevancy, and it’s pinning its hopes on doing so with Gemini. Gemini is billed as being a one-stop ad shop that will allow advertisers to log into one place and purchase a variety of types of ads across Yahoo’s network and others. If this sounds a lot like what Google is already doing, it’s because it is.

Right now, Gemini is focused on mobile ads, which is where Yahoo sees the most opportunity for growth – correctly in my opinion – but they intend to make video ad buying available soon as well. However, the platform still has issues, not the least of which is that it doesn’t offer a broad enough selection of ad placements. According to some, it’s also doing a terrible job of leveraging Yahoo’s data.

This is one of those things that I don’t understand why they didn’t do from the start. Google now allows you to do bulk uploads – and therefore make bulk changes – to Shopping Campaigns. All you have to do is download whatever columns you want to adjust in your Product Groups tab in Adwords, then make your changes and upload the new data.

Google isn’t the only company that has noticed that mobile interstitial ads are terrible. The New York Times has stated that they’re going to be moving away from both banner ads and ads that completely fill the screen before you get to see an article.

They are apparently going to be targeting ads based on something they call “Mobile Moments,” which are apparently the seven most important moments during the day. It’s not particularly groundbreaking stuff; mornings will be a news roundup and evenings will feature highlights from the day.

However, the really important bit is that they intend to start taking on a native ad format, similar to the ones used by Twitter and Facebook. 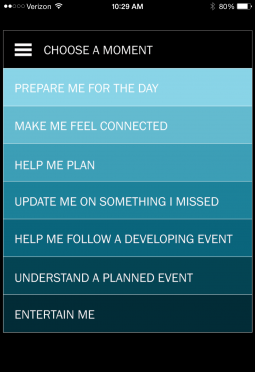 This headline could have just as easily been, “Facebook has really, really dumb idea; reality intrudes.” Facebook had planned to stop letting advertisers know how their ads performed on specific mobile devices. Surprisingly, giving advertisers less information was not super appealing.

Facebook also planned on providing their own (cooked, I assume) data on how effective ads were and the lifetime value of customers, which was also met with less than open arms. Initially, Facebook moved back the date of implementation by a month. When people were still running around with flaming pitchforks, Facebook backed off and shelved the plans.

NEXT ARTICLE →
Microsoft continues to kill off its ad program