Ad injectors can do some pretty ugly things to people’s computers, such as installing malware and randsomware on them. To help combat this, Google has taken steps to keep advertisers from being able to automatically buy injected ad inventory. The filter was put into the DoubleClick Bid Manager a few month ago, and it has resulted in 1.4% of the available inventory being blacklisted. They’ve also discovered that some exchanges are far more likely to have injected ads than others.

Get more clicks on a budget with Lower Bid Opportunity (Bing)

Bing has created a tool that will allow advertisers to reduce their CPC while maintaining or increasing the number of clicks they get. Lower Bid Opportunity basically works by indicating that a campaign could benefit from having its bid reduced. If an opportunity exists, people will see an Opportunities option at the top of the screen to the right of reports.

Once someone goes into this area, they’ll see a breakdown of their current level of spending, what they can reduce it by and what the expected results are in terms of new costs and clicks. This option is not available for all campaigns.

Shine is a startup that offers ad-blocking software to wireless carriers, and it is trying to get some attention by calling for advertisers to pay for data costs. Ads, especially video ads, can take up a ton of bandwidth; some estimates show that half of someone’s data transfer is due to ads. Therefore, the company is saying that the advertiser or the mobile carrier should foot the bill for the cost to transfer data for ads.

While I think this will resonate with consumers, I’m not sure they shouldn’t have just stuck with suggesting advertisers foot the bill for ads since the company is trying to sell their product to wireless carriers, not individual people. 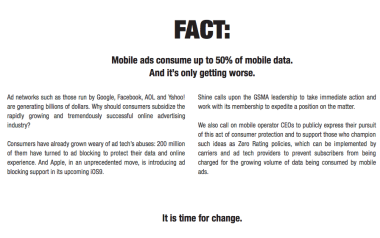 Although Snapchat advertisers are paying for 10 second ads, one company discovered that they were only getting about 2 or 3 seconds worth of viewing before users hit the skip button. This data is based on ads from only one client, but I’d be surprised if it wasn’t the norm since most people’s reactions to ads is to kill them. Currently, Snapchat charges for all ads, whether they last a millisecond or the full 10 seconds. 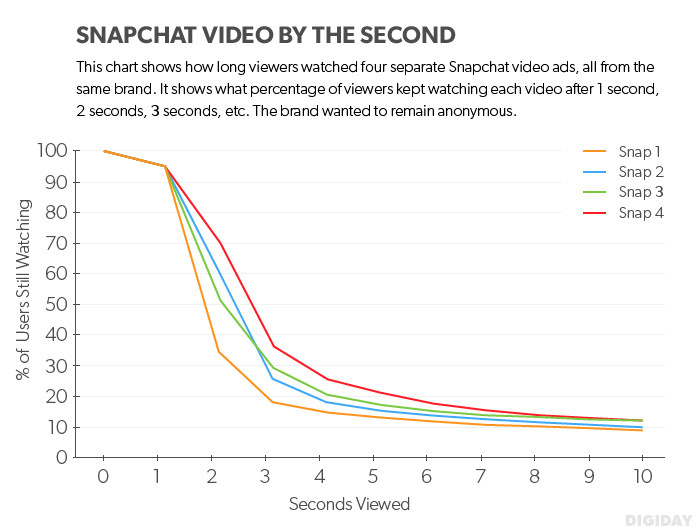 NEXT ARTICLE →
Instagram ends testing phase, allows anyone to advertise on the site