Google is suing a robocaller that targeted Adwords customers

Google is filing suit against a company called Local Lighthouse Corp. that is said to have attempted to go after AdWords customers by calling them and saying they were Google representatives. The telemarketing company was asking for $100 for things like first page domination in terms of search results. Google has stated that they rarely call AdWords customers, and if they do, it is definitely not through robocallers, so people should contact both Google and the FTC if they receive one of these phone calls.

It’s pretty obvious that they are doing it kicking and screaming, but Facebook is continuing to take steps to make sure that advertisers are only being charged for videos that are actually seen. The social media site is now offering to only charge advertisers for videos that are 100% visible, and they’re also working with a third party ad measurement firm, Moat, to provide viewability metrics. These moves are clearly in response to increasing numbers of complaints from advertisers about how Facebook was charging for videos that were unseen.

Facebook has done a great job of filling the Internet with Like buttons that link back to the social media site since brands want to have people show their favor for a brand or product or article in a public way. Those buttons are about to start being used to collect data about people’s browsing habits, even if they don’t click on them. It appears that the buttons have been gathering data since inception, but it’s only now that Facebook is going to start using the information.

Twitter has figured out a genius way of getting politicians to advertise with the social media site, which is to offer them money. They have partnered with Square to make it possible for users to make campaign donations through the site. This is a much faster and easier way for potential candidates to collect money than having people visit a website, and the debit card information is saved, making it easy for candidates to hit up users for money again and again. I suspect Facebook will quickly figure out a way to do something similar. 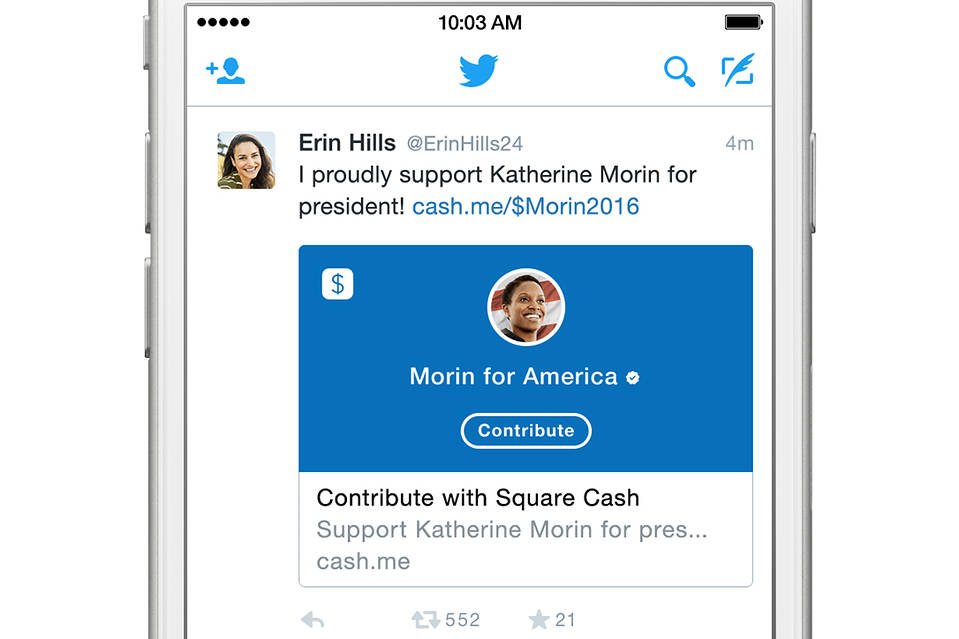 NEXT ARTICLE →
Video ads are the new rage… or are they?