Ah, Google. Another day, another opportunity to be a giant hypocrite. Google is saying that it’s going to demote the SERP rankings of mobile websites that use full-screen app install ads – like the ones that the search engine itself uses. They are saying that it is an effort to improve the look of the mobile web, but a lot of people are kinda annoyed that Google is forcing websites to comply with their vision of how things should look.

Mobile Web Use Doubles Over the Past Year

Smaato, a mobile ad platform developer, released a study that shows that in the last year, mobile web ad spending increased by 100%. In particular, parents and families are being targeted, with a 300 percent increase in spending. For ad impressions in mobile apps, Android apps lead the way with 32 percent of the overall market and Apple trailing with 20 percent. Other trends showed that publishers who provided gender and age data to advertisers made four times more in ad revenue, which isn’t particularly surprising, and that larger ad formats are increasingly popular.

Google Launches Native Ads In Gmail To All Advertisers

Along with now making native Gmail ads easier to purchase – they’re now available through AdWords – Google has made some tweaks to the way these ads work. They’ll still show up in the format where they look like a regular email, but instead of simply taking you to another site, they’ll expand to a full-screen ad when you click on them, which means you’re not going to be leaving your inbox.

The new ads will also allow advertisers to insert images, videos, forms, call to action buttons and phone numbers into ads, but they’ll only be visible when someone clicks to expand the ad. Advertisers will be charged if someone expands an ad, but any additional clicks are free. 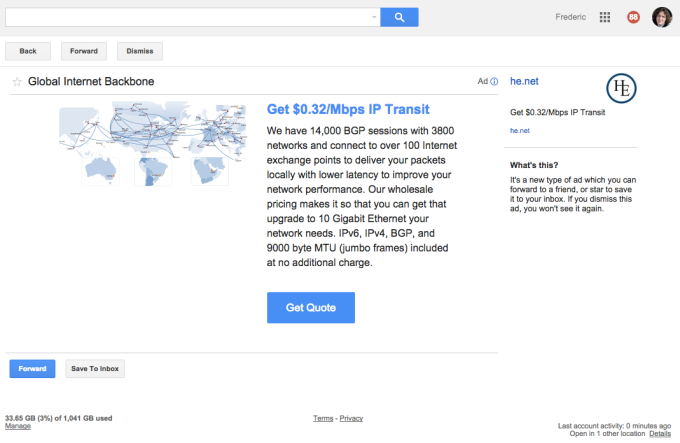 In a move that would make Facebook proud, Snapchat is reportedly charging advertisers for videos that aren’t even seen for a full second. There is no set in stone standard for ad views, but the Media Ratings Council and Interactive Advertising Bureau considers a video ad to have been viewed if it was on screen for at least a second. Unsurprisingly, advertisers are less than enthused about being charged for an ad that could only have registered at the subconscious level, if that.

MoPub now supports video ads that reward you for watching

I’ve written about these types of ads before, and they work by having people use video views as currency to purchase in game bonuses instead of using actual currency. It’s a good way to get revenue from people who might never actually spend money in an app. MoPub is apparently embracing the trend, which means that more game apps are likely to start using this model. Since these ads have to be watched to the end, it may actually work in favor of advertisers who are normally fighting t get a video seen for a second or two. 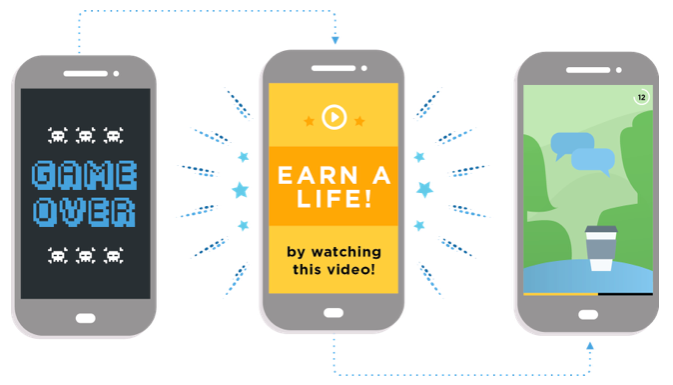 NEXT ARTICLE →
Native ads are popular, but people say they hate them, want banner ads