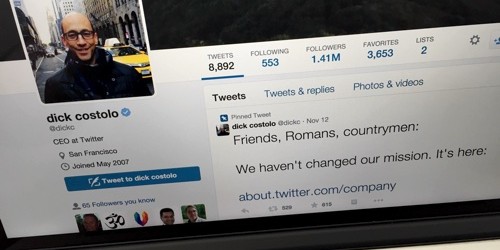 According to information obtained by Re/code, Twitter is now testing putting ads in Twitter user’s profiles. To clarify, this the tweet stream that shows up when you click on a user’s handle – for example, this is the TenScores user profile. 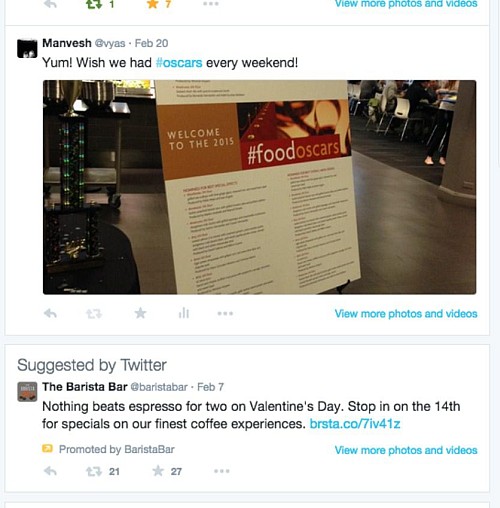 Twitter has already made it quite clear that they intend to pump up the volume of ads that show up on the platform, and this is one of many ad tests that they’ve launched, including the wildly less than successful campaign that made it appear as though people were following accounts that they were not. According to what a Twitter representative told Re/code:

We’re experimenting with this feature, as we do with all our ad features, in order to create great experiences for our users, advertisers and partners.

To me this says, “Are you guys just going to accept us throwing ads in there or will there be screaming again?” They do seem to have wised up since the whole pretend follower debacle because they are only displaying Promoted Tweets on accounts that are not verified. This seems like a smart move for right now since verified brands probably don’t want competitor’s ads showing up in their feed.

Ads are also only showing up when users are logged in, probably due to the fact that tracking data about the user isn’t available to make ads relevant. I expect that if Twitter doesn’t encounter torches and pitchforks as a result of this move (which I don’t think they will because it’s fairly innocuous), several changes will be made.

First, thanks to Twitter’s partnership with Google, data about even non-Twitter users is likely to become available, making it possible to show targeted ads to everyone. Additionally, I suspect that Promoted Tweets will start to show up in verified user feeds because those are probably the ones that will see the most Google referrals. This will involve Twitter having to be very careful about filtering ads, but the benefits make the effort worth it.

NEXT ARTICLE →
Gaming company spends $40M on video ad with Kate Upton; Then Google does this

← PREVIOUS ARTICLE
Mobile ads are on the rise, will desktop advertising soon be completely irrelevant?