Google has cottoned to the fact that huge, page-filling ads that cover a mobile site and prompt you to download an app instead of actually seeing the information you’re looking for are not super popular. In fact, they discovered that instead of causing people to download an app, people generally hulked out and left the page they were on. Only nine percent of visitors actually click on the “get app” option while more than two thirds left a site. Following the removal of mobile interstitial ads, app installs have remained unchanged and fewer users are running away screaming.

I’ve complained about the fact that political campaigns in the U.S. are going to be focusing their efforts on TV ads, but at least one contender for 2016 appears to not be a technophobe. Rand Paul, who also targets advertising at reporters on Twitter, has launched several campaign ads on SnapChat. The Paul campaign stated that they’re going after younger demographics, and it was one of the first to start using the social media platform.

Mondelez, the snack food company that is responsible for things like Oreos and Triscuit, has made huge gains with interactive pre-roll ads. Instead of just advertising at people, they added mini-games, the ability to watch video clips and links to social media in their ads. Engagement went up 88 percent and customers spent an additional 66 seconds with the campaign, which is like 7 weeks normal time when you consider it’s a struggle to get people to watch the first 10 seconds of a video ad. 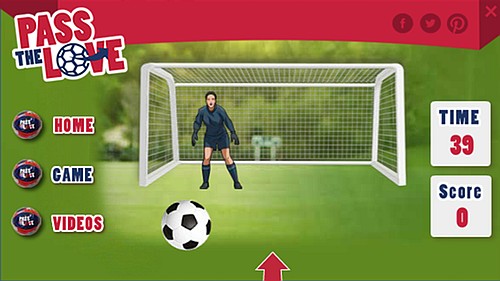 Reports of Yahoo’s death may be greatly exaggerated. I’m not going to pretend that I thought Yahoo’s attempts to become relevant again were going to do much more than slow the decline, but Marissa Mayer appears to possibly be turning around the 21 year-old company. After a decade of going without a year-over-year revenue growth, Meyer has finally broken the streak. She’s getting advertisers to spend more money on ads and more money overall, and thanks to the Firefox search deal, search revenue rose 22 percent in the second quarter. They’re still not so much as small potatoes as sub-atomic potatoes compared to Google and Facebook, but they are making progress.

NEXT ARTICLE →
Google introduces 360 degrees video ads for Youtube, and they are amazing!

← PREVIOUS ARTICLE
Google to require publishers to get Cookie consent