According to a study titled Understanding the detection of fake view fraud in Video Content Portals, it was discovered that Google is very good at detecting when robots are viewing a video, but they still charge advertisers for the views. You can download a PDF of the study here.

Essentially, researchers viewed videos in two ways. One way was with the hallmarks of a normal human, and the other way made it very clear that it was a bot. The bot views were done several times a day from the same IP address, something that a normal person wouldn’t. The view count went up for the human based views, but it did not rise with both views. However, advertisers will still charged for bot views.

This makes it pretty clear that Google is able to determine when a video is viewed by a human person and when it’s being watched by a bot. It also shows that Google is charging advertisers for both. 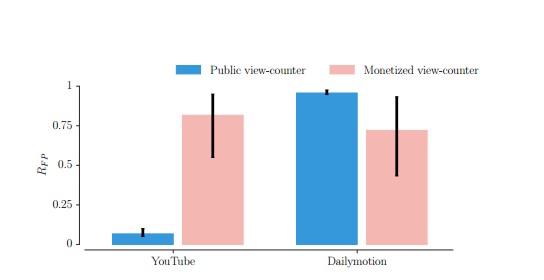 I’m going to both defend Google and give them grief because the reasons for this could go either way. In Google’s defense, they tend to be really good about charging based on actual video views as opposed to another popular video ad platform I can think of. (::cough:: Facebook ::cough::).

Although Google is good at identifying bots generated by the researchers, we have no idea how sure Google is that they’re bots. I mean, obviously the researchers know because they engineered them. Google probably doesn’t want to throw away ad revenue on what may be a hunch on their part. This could be a new tool or algorithm that they’ve been collecting data from as well.

On the other hand, Google could know that these bots are bots and simply want the money. That’s a fairly common modus operandi for many ginormous companies, and they could be doing it because they can. The only reason that Facebook is changing how it charges for video ads is because of all the screaming from advertisers. It may not be a stretch to say that the same may be required to get Google to stop charging advertisers when robots start binge watching.

We don’t know at this point if Google are being intentional or unintentional jerks. However, we probably will in the near future since Google has been told of the problem in a public way, so we’ll see if this was an “oops, we screwed up” or an “oops, we got caught.”

← PREVIOUS ARTICLE
Advertisers are squishing ads in everywhere, including the Windows 10 Start menu