According to John Cosley, who is responsible for Microsoft Search Advertising’s global brand marketing and communications activities, it’s essentially a given that 3rd party tools are beneficial to Internet advertisers. However, even he was surprised at just how much a difference tools like Marin Software, Kenshoo and, may we add, Tenscores have for organizations using them.

A study was done in June 2014 of just shy of 6,000 accounts on the Yahoo Bing Network. Research determined that accounts using 3rd party campaign and bid management platforms, on average, saw:

These major improvements over non-3rd party software users are likely due to a combination of algorithms that improved campaign optimization and ad copy as well as more frequent optimization of campaigns. 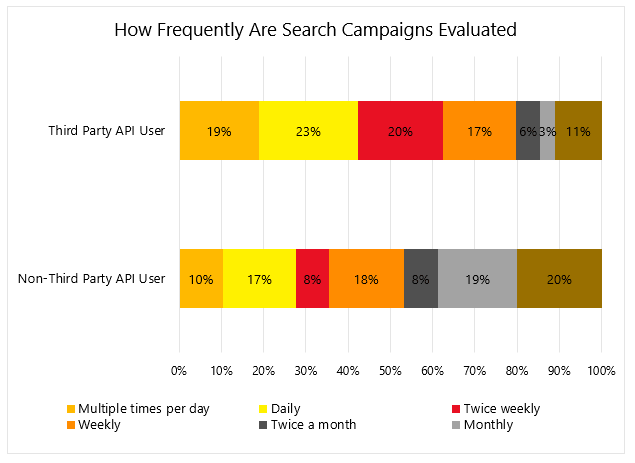 Even more impressive is that the majority of accounts using 3rd party APIs had a far greater number of keywords to manage. Essentially, those using additional tools were better at managing large numbers of keywords as well as getting far better results for significantly less money. This trend showed across almost all verticals, with the notable exception of Technology & Telco and Autos, which did not benefit from a reduced CPC.

For more information about the Bing study, check out this article from Search Engine Land