I’ve seen a lot of articles talking about how to advertise on Twitter, and while I don’t have a problem with any of them, I haven’t really found any good ones for advertising on a smaller budget. You can get results, even on as low as $5 a day, but it helps to understand how the system works and how to use it to your advantage.

This guide is going to focus on getting clicks and conversions. You could, in theory, get followers from Twitter through advertising, but I don’t recommend it if you’re on a tight budget. The cost is pretty high, and Twitter algorithms tend to point your ads at people who are following fiends. However, oddly enough, the Follower Campaign goal is one of the best options, for reasons I’ll get into shortly.

When you go to create a campaign, you’ll be given a number of options for campaign goals: Followers, Website Clicks and Conversions, Tweet Engagements, App Installs or Re-Engagements, Leads on Twitter and Custom.

I’m going to basically throw out Leads right off the bat. If you’re on a budget, Leads are likely going to be way too expensive for you since a single lead could max out your daily budget. App Installs are also going to be thrown out because if you’re advertising an app, you need to use this method, and if you’re not, you shouldn’t be using it.

Followers is my favorite, but I don’t use it for followers, and it has the disadvantage of not tracking conversions. If you have a system in place that can track conversions from originating URLs, this may not even be an issue for you.

Followers is, in my opinion, better for getting your Tweet shown to the maximum number of people and getting clicks for the lowest cost than Website Clicks and Conversions.

You’re only charged when someone follows you, and in the mean time, you can be racking up both clicks and impressions for free. Above, you can see that I got over 1,200 impressions, 11 clicks, a Retweet and a follower.1 This cost $2.47, giving me an effective CTR of $.22.

Another very cheap option for getting link clicks is Tweet Engagements, and it does track conversions. The downside is that Tweet engagements include Favorites, media expansions and clicking on someone’s handle, so you could end up being charged for just about anything. However, engagements tend to be pretty cheap, but they can add up quickly, and the CPE can vary widely depending on who you’re targeting. After just a few hours, we managed to spend just over four dollars and garnered 9 engagements. This may be a good option so long as you get a solid number of link clicks or valuable engagements, like Follows and Retweets.

Alternatively, if you’re determined to follow the rules and track conversions through Twitter, you can go with the Website Clicks and Conversions goal. However, this is likely to jack up your CTR costs significantly. 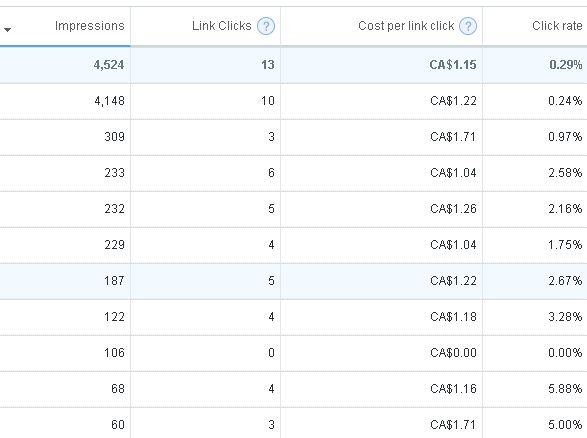 As you can see, our CTR jumped about five-fold to $1.15 and we spent $15 to get over 4,000 impressions and an additional dozen or so media views. This also took place over three days while the others took place over a few hours, which is why the cost and number of impressions is much higher. The same type of users were targeted, so the main difference here is that Twitter was charging us per click.

Go after your competitors

This is probably something that won’t be as effective on a large scale campaign, but if you’re a smaller fish in a big pond, go after your competitor’s customers. You can do this by adding follower targeting. By including the Twitter handles of your competition, you can send ads to people that follow them.

You can, of course, refine the particular types of followers you want by adjusting interests and habits, but this type of user targeting tends to be more accurate than just using keywords or interests.

[1] Terrible CTR is attributed to my slapdash approach to setting up this particular campaign.

NEXT ARTICLE →
What Dave Rigotti learned after spending $50,000 on LinkedIn ads 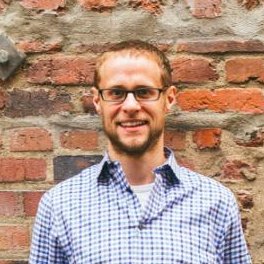 What Dave Rigotti learned after spending $50,000 on LinkedIn ads