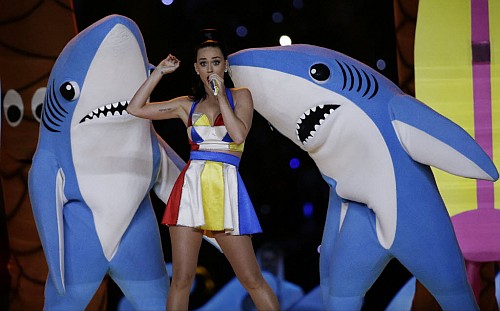 According to CNET, Facebook is saying that 265 million posts, comments, and likes were made by 65 million people last night regarding the Super Bowl. As I suspected (see below) Twitter broke their record from last year’s Super Bowl, and the platform generated over 28.4 million tweets.

Free and Paid Social Media Advertising for the Super Bowl

Advertisers paid around $4.5 million to air a 30 second ad during last night’s Super Bowl, but a ton of free advertising on social media seems to have been included in that cost as well.

I didn’t actually watch the game, but I did lurk on Twitter because like many people, I’m more interested in the ads than the actual game. Aside from some complaining about a ref’s call, I didn’t see many people talking about the game. My guess is that if you asked most people about last night’s game, they’d either talk about the Budweiser commercial involving a rescued puppy:

Budweiser: Our horses will totally stomp a wolf's face in.

make a semi-dirty joke about the McDonald’s ad:

I tried to pay with luvin' once, that's why I now wear this ankle bracelet.

or complain about how depressing the Nationwide Insurance commercial was:

McDonald's: Your payment is to call your mom and tell her you love her. Nationwide: Your mom is dead.

As of the writing of this article, I don’t have any traffic or tweet stats for Twitter, but I’m guessing it’s probably a very busy night for the social media network, and I bet it will beat last year’s 24.9 million. While I was going through my stream, I noticed that for every 10 to 20 tweets from people I follow, there was a promoted tweet. On a normal day, I’ll see maybe one or two promoted tweets and a promoted hashtag or two. Along with seeing promoted ads from McDonald’s and Dodge, I also noticed several from companies that didn’t end up forking over several million to NBC, including Hostgator and Amazon.

This falls in line with Reuters’ report that a number of major brands had advertising teams in “war rooms” in an effort to emulate the success of this Oreo tweet from last year. Thirteen companies had staff on hand to monitor social networks and to create and produce Tweets and advertising media in real-time, and some even had lawyers there to approve ads.

Facebook normally has the advantage over Twitter because they are able to collect more long-term data on users, but Twitter seems to excel in event based targeting because of the way that people tweet, retweet and the hashtags that they participate in. According to the Washington Post, in an effort to provide the same type of in the moment ad sharing offered by Twitter, Facebook served ads in real-time based on keywords people used in their posts and replies to posts. For example, if I mentioned something about the Patriots, I was likely to see a related video ad show up in my feed right afterwards.

Facebook also created a Super Bowl Page that included a live feed that scrolled posts from Facebook users in general as well as a collection of posts related to the game from user’s friends. The page was also filled with videos and posts from the Seahawks, Patriots and NFL.

This post was updated at 8:30 p.m. to add the stats released by Facebook and Twitter, which is why I later say they’re not available, even though the information is at the top of the post.