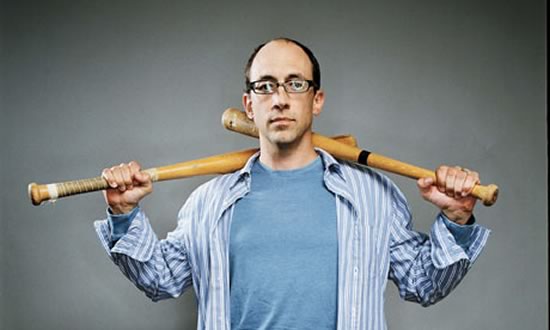 Twitter CEO Dick Costolo, his eyes on your app data ready to swing

I may be in the minority on this, but I actually don’t mind Big Internet (eg Facebook, Google, Twitter, ect.) collecting my browser data. This may be because I’m a boring middle-aged cat lady, so the most scandalous stuff I look at tends to be the price of baby alpaca and silk yarn blends,1 but I actually like that of the ads I notice, they display products I might actually be interested in. As a result, Twitter’s announcement that they will be collecting data about the apps on my phone via the latest version of their app didn’t really bother me:

It’s actually not that invasive

Granted, I’ve already told you that data collection doesn’t really bother me, but the information they’ll be collecting is going to be pretty mundane. According to Twitter, they are only collecting the apps you install and are emphatic that they will not be collecting data from within those apps. Additionally, you have the option to opt-out of the program, although you have to go out of your way to do so. Essentially, they’re banking on people’s laziness to be allowed to gather the data, and they’re probably right to do so.

Per Twitter, they will be using the collected data to:

The real reason they’re doing this

While improving user experiences may be one of the reasons for collecting this data, the main reason that Twitter is going this route is to appeal to advertisers. They’re going to need to bring a lot of filtering options to the table to compete with Google, Facebook and everyone else offering demographic targeting. While Twitter does have a great deal of information about people’s interests based on their profile, tweets and whom they follow, having even more data can only help. Twitter also wants to sell app install ads, and Google and Facebook have a leg up in terms of app data, so this will help level the playing field.

The updated version of the iPhone app has just rolled out, and the Android version is slated to follow shortly.

[1] The exception to this is when I look up things for writing projects. Following an article on colonoscopies, I lived in fear of what I might see on banner ads.