As predicted by the Trefis Team at Forbes.com, Twitter’s reported Q3 earnings were both solid and showed improvement in revenue growth. However, while the company actually outpaced it’s predicted growth, stocks initially fell by 10% following the announcement. 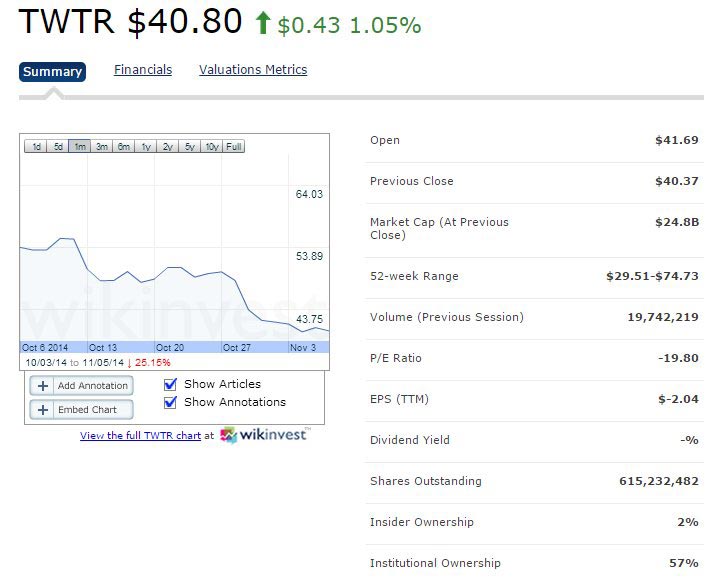 Why on Earth are investors getting antsy following a solid earnings report? My thoughts are that people are still skittish about throwing too much money behind an Internet based company, especially one that dropping projected revenue increases. (Essentially, they’re expected to make more money in the future, but it will be less more than they have been.)

Another reason for the bearish response is probably due to the fact that Twitter hasn’t entirely grown into it’s advertising yet. Advertising impressions are up, by 250% annually, but the cost of advertising per interaction is down, by 35%. This is basically because Twitter still has tons of ad space to unload, so pricing competition isn’t at it’s peak.

For Twitter and its investors, this means work is still to be done, which is occurring as the platform continues to develop new advertising options and mediums. However, for advertisers, this means that you should take advantage of Twitter ads now because they’re likely to increase in cost as time goes by and ad saturation for the platform is reached.

For more information about Twitter’s Q3 earnings for 2014, check out this article from Forbes.com.