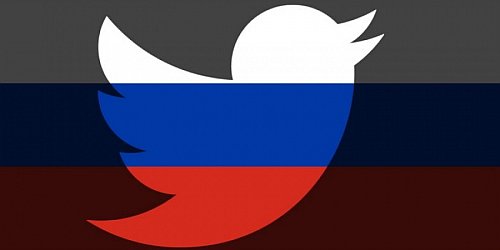 In spite of obstacles, like the slowing Russian economy and tightening regulations, Twitter has partnered with Httpool1 to sell ads in Russia. 2

Twitter has reportedly already secured OAO Sberbank and VimpelCom as advertisers, and as of July, the platform already boasted 10.1 million Russian users compared to Facebook’s 10.5 million. According to Twitter VP Colin Crowell, worldwide growth is essential, and he said in a Russian interview:

“Twitter’s global prospects as a company are contingent on succeeding in markets around the world. “We’ve been, particularly over the last 18 months, growing internationally to catch up to where the service and the brand outleaped the size of the company a few years back.”

One of the reasons that Twitter and other platforms are looking to expand outside of the United States is that they are limited in how much they can expand their user base in the states. In spite of increased profits in the third quarter of 2014, the number of users who log on to Twitter at least once a month has declined.

This is probably why Twitter is still willing to deal with issues like Russian laws that require local storage of data on Russian citizens. Another obstacle they’ll need to overcome is a law that requires citizens with 3,000 or more daily visitors to register as mass media and follow guidelines that are similar to those for newspapers and TV stations. Twitter is apparently currently working with Roskomnadzor1 to figure out ways to comply. It’s possible that the Russian government may be more willing to work with Twitter, or any organization willing to bring business into the country, as a result of the massive drop in value of the ruble compared to the U.S. dollar.

[1]Because I am dumb, I at first thought that was a Slavic name and kept mentally pronouncing it “hutpool.”
[2] Alternate headline for this article: We’re not Putin you on, Twitter is Russian for some rubles.
[3]Which is the Federal Service for Supervision in the Sphere of Telecom, Information Technologies and Mass Communications. Roskomnadzor almost flows off the tongue compared to that.

NEXT ARTICLE →
Finding the right Agency to handle your AdWords account