On the heels of their announcement that they will begin monitoring the apps people install, Twitter says that it is now offering advertisers tailored audiences from mobile apps.

The image from Twitter below shows an example of a sales funnel using the new audiences from mobile apps. 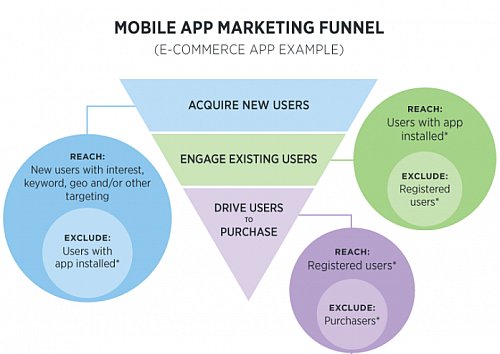 According to Twitter, this feature is currently only being tested with a handful of brands, but they plan to make card-linked promotions available to advertisers at some point in the future. The way it will work is people will see a promotion and click on it. Users will be prompted to input a debt or a credit card number that will allow them to receive a discount when they make a purchase with the card they entered. 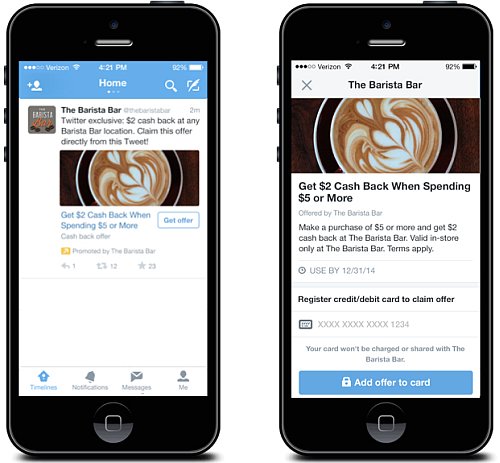 Since promotions are attached to a card, there’s no need for discounts or coupons, and campaigns can easily be tracked whether purchases are made in stores or online. Once someone enters their card number, Twitter will save it for easier access to future promotions. There’s no specific time frame for Twitter Offers to be made available to all advertisers, although Twitter says they’ll have more information in the near future.