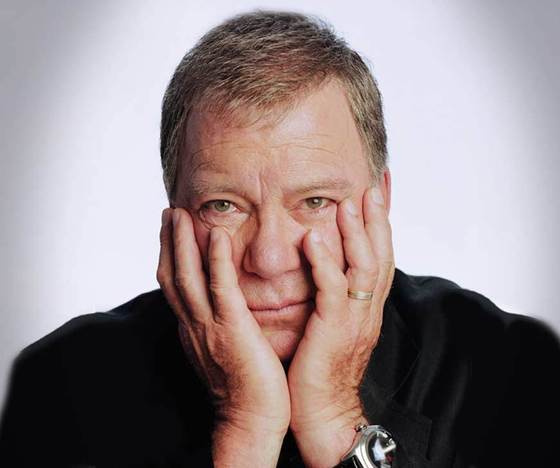 A tweet from William Shatner was noticed just a few days ago by MarketingLand. The erstwhile acting Captain of the United Federation of Planets was not pleased to note that a new advertising scheme from Twitter made it appear as though he was following Mastercard. As you can see in the image from his Tweet below, MasterCard shows up in his followers list right along with other accounts he follows, although it does show that it is a promotion.

.@jack @safety Why am I following MasterCard when I didn't add them? I do not appreciate this. pic.twitter.com/k91D6vTaXZ

In another Tweet, Shatner noted that Twitter wasn’t being exactly discriminating about where they showed up, making it appear to less attentive users that Visa was following MasterCard .

Best one yet it's on @Visa's list of followers!!! pic.twitter.com/riPqgEMv6l

He further pointed out that these follows could make it appear he or other users endorsed a particular product or company, even if they were a competitor. While it appears obvious to me that the MasterCard follow is an ad, not everyone is necessarily familiar enough with Twitter or social media advertising to get that.

.@jack @safety Do you understand that by implying that I follow these companies that it appears to be an endorsement?

Mashable pointed out that it’s not just special blue-checkmarked people that are faux-following (fauxllowing if you will) promoted accounts. Promoted MasterCard follows were showing up on all kinds of accounts, although it’s unclear if it was everyone or just people with large follower counts.

It has and hasn’t been going on for a while

When MarketingLand reached out to Twitter about the new follower promotion, they were told that this is something that has been going on since 2013. Twitter’s What are Promoted Accounts? page states that:

Where are Promoted Accounts displayed?
Promoted accounts are displayed in in multiple locations across the Twitter platform, including Home Timelines, Who to Follow, and search results.

Some people are wondering why the practice is only being noticed just now if it’s been available as far back as 2013, but my guess is that it came to people’s attention due to a big advertising push. Since MasterCard seemed to be showing up on a ton of people’s follower lists, I’m thinking there was a fairly large ad spend (that seems to have swirled down the drain).

The campaign(s) appear to have been put on hold for now as Mashable and MarketingLand are both reporting that promoted follows seem to have disappeared. I couldn’t get any to show up on my mobile or desktop feed, although I may simply not meet their demographic requirements.

NEXT ARTICLE →
Facebook ad tracking gets better with Atlas