Posted on January 18, 2021 by Christian N.
Don’t be misled by the headline. Evaluate the full dataset.

Which ad did you pick?

Choose the ad you believe has the better performance in your opinion.

Peri propels client Google Ads account Quality Score close to 10/10. And how he did it!

I wasn’t sure what to expect. Peri and I had already had a call a week ago in which I showed him around Tenscores and all the features he’ll have access to. So when I saw his name appear on my calendar, I thought the worst.

You see, I keep an open calendar on which customers can schedule a call with me when I’m available. Mostly, they book when they join as customers so I can show them around, or when there’s a problem with the platform and they want to show me that something isn’t working properly. I anticipated the latter.

But… this time was different.

Peri just wanted to show me the great results he had been getting since he joined. His account quality score was soaring close to 10/10, and his acquisition costs were decreasing on a daily basis.

I was very glad for that call.

So how did he do it?

He found a Black Swan, a Unicorn… or as Jaap would call it, a Black Unicorn. Pick your preferred name.

It’s an ad with such spectacular performance that it lifts all metrics up and dominates all areas that it touches.

Notice the difference in CTR.

Quite simple. There really isn’t any more to it.

Only problem is, it’s hard to accomplish.

But it’s the best way to learn copywriting for your market.

I’ve written quite a bit on how to triple ad CTR… It’s part magic, part luck, part skill. And a lot of process.

In this case, here’s what Peri did.

If you’re a Tenscores customer you know this already. That the first step is having the right structure that ensures your message is aligned with user intent.

It’s a simple solution that puts the structure problem out of the way, and it works especially if you have few keywords to manage.

If you have thousands of keywords, SKAGs may become a bit less manageable for most. And it’s not a requirement. In my privileged position, I’ve seen many accounts with such performance without the need of SKAGs, so do not tie yourself to them.

What I personally prefer, are Single Intent Adgroups. Meaning that if keywords share the same intent, they can be shown the same ad and thus can be put in the same ad group.

If two people are looking for the exact same thing, they can be shown the same ad.

We built a grouping tool, that does this automatically so it can be done in seconds and taken out of the equation.

What follows is where the focus should be.

Writing the ad that rules them all is no easy task. Sometimes.

Take a look at the translated versions of Peri’s ads:

I would be a liar if I said I understood what makes things work all the time. Mostly I don’t. I can only make assumptions and best guesses. Sometimes I get lucky.

What I would consider here is the person looking for that treatment. What’s going through their minds, the questions they’re asking themselves, the emotions that are guiding their search.

We can discuss more about these ads in the comments below, starting with Peri’s take on the subject: 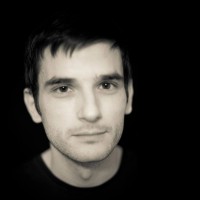 Have you ever thought that something bad might be going on with your health and did nothing about it?

Fear for a health related issue creates a search behaviour that occurs before the time we seek treatment and after the point we are rather certain we need to act.

The intent is “how long is the wrong way” where we can avoid taking action.

There are two distinct states of mind querying for a condition in a similar manner.

The lift comes from those who know they need to act but are afraid to.